A friend of mine recently began dating a new guy.  He’s super excitable – and by extension, excited.  So, I suppose it’s going well between them.

Of course, him being him…he wants to gush a bit about the first blush of potential relationship bliss.  Me being me – and I’ve no idea why this always happens with me – people tell me shit.

So, you know I got the dirty secrets on this new bloke.  And then was promptly sworn to secrecy, with the rider that I couldn’t even blog about it.

At first I was all:

I’ll just write about one of my own embarrassing “dating” stories.

That oughta make my literal dozens of readers happy…people love hearing about my “That Could Only Happen To Galby” life.

For your enjoyment:  The Jailbird

This was about 2-3 years ago, after Rib and I broke up.  I was meeting friends at CCs and we were gonna have drinks before dinner.  I was the sidekick of DP – who I doubt has ever walked into a bar alone in his life – and we were meeting friends that he’d known for close to a couple of decades and I’d known about half as long.  I was just grateful for the welcome I’d gotten into this group of friends.  I figured the less I said, the less likely I’d get shunned.  That being the dynamic, I was content to hang on the fringe of the group and speak when spoken to while drinking my appetizer(s).

And that’s kind of what happened.  I was busy being grateful that we hadn’t unwittingly stumbled into CCs monthly Fetish Night, as we frequently did.  Eek.  Suddenly, my internal gratitude was interrupted by a raised voice.

“Someone’s giving you the eye” I heard.  Upon looking around like the coolest and slyest crazy person ever, I figured out I was getting the eye. 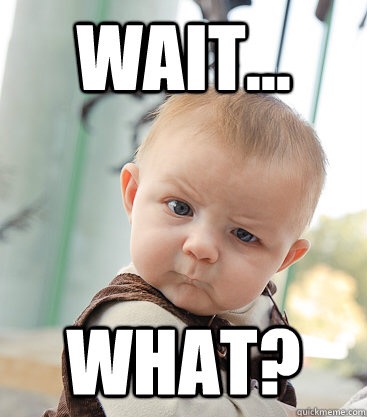 So, I – in an equally cool manner – looked over my shoulder to track his line of sight to the next most likely target…only to see the entire group grinning at me like proud parents watching their kid go off on his first date.

I can handle that.  Generally, I default to the wisdom of Groucho Marx and eschew the attention of anyone who wants to get to know me.  I basically smiled and looked away, leaving him to enjoy his perch at the corner of the bar.

My mistake was turning to the group in an effort to pretend to be a part of the conversation.  Obviously, that wouldn’t work because suddenly all they wanted to do was talk about strategy and encourage me to go talk to this guy.

Laughing, someone reminded me of the Short, Hot Mess.

I look back over my shoulder, he’s still looking at me.  “Too hairy” I say, returning my focus to the group.

“How the fuck do you know that?” DP demands.

This goes on for a while longer as I kick the ground and try and deflect this unwanted attention.  While I’m parrying these encouraging attacks, I fail to recognize that:

a) I’ve been sucked a little deeper into the circle; and,

b) One of my friends has started a conversation with this guy right behind my back.

Naturally, I had no choice but to to make a few polite remarks – I was raised with some manners and social grace, after all – before excusing myself to the bathroom.I was raised with manners, but MomDonna didn’t raise no fool!  Legitimately, I had had a couple of “appetizers”, remember, and my friends all know about my wee, little bladder.

You only rent beer.

As I peed, I considered my exit options.  This would hardly be the first time I’d randomly bugged out on a dinner.

So, I leave the bathroom and cut a right for the door instead of heading left and back to the group busy weighing when to text my good night to DP.

And ran right into this hairy lil fucker who was leaning against the hallway wall, casually in wait.

“Your friends are nice” he says.

“They remembered to take their meds, consider yourself lucky.”

He laughs.  So, he knows how to push my buttons.  And then grabs my hands and pulls me forward so our legs are woven between one another’s.

“They said you really wanted me to join you for dinner”.

“But I thought I’d get your number”, he says holding out a golf pencil and piece of paper.

I scribble my fake number on the scrap using his stubbly chest – hey, his shirt was open three buttons, what a tramp! – as a desk and hand the paper and pencil back…looking both ways to make sure no one sees this.  He jams them in his front pocket, demurely says “Thanks!” and then reaches up, grabs my neck and pulls me down for a kiss.

But he sure kisses like a starving man sitting down to a buffet.

Maybe my friends were right…I shouldn’t be so closed off to random good fortune.

“Well, it’s too bad you have to head home” I say as I catch a little movement in my peripheral to the left.  One of my friends has poked his head through the curtain into the hallway and is grinning wildly.

The guy says, “I’m heading out, but it was great meeting you”.

I turn around thinking: 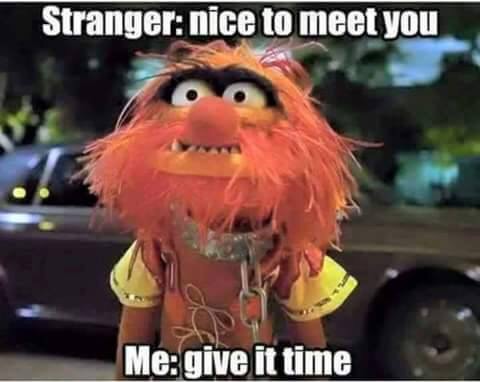 As he walks off, waggling his fingers over his shoulder.

I head the other way, formulating damage control strategies and walk through the curtain to confront my friends’ best intentions.

It was like the first ten minutes of Saving Private Ryan.

Dinner was an exercise in shortening my stay in Purgatory.

Of course I ran into him two weeks later.

I’m innocently standing in line at CCs waiting to order a beer and look up to notice him perched in the same barstool at the corner or the bar.  I kind of feel bad, since I had obviously and obliviously walked by him in order to get into line.  I’d passed him without noticing him.

I might have had my nose buried in my phone.  I admit this as I tap out a blog at a Temper Trap concert.

Nobody talk to me.

Also, I bought two tickets and came alone, so give me a wide berth!

So, I’m like three bodies away from him and he waves and grins like a lovesick fool.  I smile and turn away as the line moves forward a couple of steps.  I turn back after giving the bartender my drink order and realize the other people behind me have disappeared.

He locks onto my eyes and doesn’t look away as he reaches into his front pocket, casually pulls out a phone and flips it open.

I consider just walking away, but I’ve no one to use as cover and a whole beer to glug.

Plus, this much good material is irresistible.

I cross over to him and, pointing at the phone mention that it would be quite a prize for the phone museum.

“Oh?  Cool!  It’s probably outdated, I should get another one.”

Let me tell you one of the technology dating rules:  You can’t – shouldn’t – date anyone whose phone is more than one generation away from yours.

I don’t know why.

“I was just going to double check your number, I think I put it in wrong”, ok…I’m the worst person ever.

Just to ensure my damnation, I say, “Pulling that thing out in public is going to make people think you just got out of prison” I joke.

He’d just gotten out of prison.

One thought on “The Jailbird”