Nothing to see here, folks.

Not only did I skip an entry last week – after my finest week of the year, too – but I compounded that by quite nearly doing nothing to report on during the week past.

I am a big believer in down weeks to let your body rest and also create a bit of a jolt to get you past a plateau when you resume exercise that next week, but let’s face it…I’ve hardly been doing anything consistent or impact-worthy that my body would need a down week.

That said, I did manage to drag my old ass to the gym yesterday after my standing coffee date with The Silver Fox.  I had planned to lift and then do cardio, but his Foxiness is not back to lifting yet, and when we don’t both follow similar routines, it’s difficult to sync up our arrival/departure times.  Not that our routines are mirror images.  He prefers to do cardio and then lift, I am the opposite.  But time-wise, it marries up well.  If I lift and he doesn’t then I usually only get a half hour of cardio in before he’s ready to leave.

Which is odd, since I would normally prefer to avoid cardio altogether.  But, after a down year, my body needs cardio to burn that fat.

When we go for an hour of cardio, we generally try to grab side by side machines.  There is exactly one set of our preferred machines that fit this side by side mold, so it’s not always possible to make that happen, which was the case yesterday.

I walked upstairs while he grabbed a locker and our sweet spot was half occupied by a woman on the treadmill he would normally use.  Instead of conspicuously grabbing the machine right next to her when there were eight of the machines I like sitting empty in a row, I went to the opposite end of the row.  This had the added benefit of allowing me to watch The Masters while I huffed and wheezed instead of some new channel showing the batshit craziness that is haunting our White House these days.

Of course, my machine had some sort of hitch in its giddy-up and I could make out some weird click-snap-pop on the right side as it articulated, even over my headphones – Annie Lennox, in case you were wondering – but I was just glad it was the machine and not my body making the noise.

I turned up my music and huffed merrily along.

I looked casually over twenty minutes into my workout, longing for the silent companionship and smooth-working-sussurations of my normal Fox adjacent machine only to see that The Fox had somehow taken up residence.  It’s unlike me to move from one cardio machine to another during my hour, especially if it’s only from one broken down machine to the exact same model that is in full working order, and this was no exception.

Hey, I can commit, ok?  Just look at the embarrassment of romantic riches in the broken down boys I have dated in my life.

So I stayed put, texting The Fox, “You were a great white whale when I walked by that machine earlier” or some equally angry for no real reason other than to point out that I had at least looked to see if our machines were available when I came upstairs.  I then began text-complaining about how lackluster my workout felt.  Probably because of the wonky machine.  Also because a breakfast of iced latte just wasn’t giving me the energy to exercise with my normal faux enthusiasm.

Of course, this morning The Fox indicated that he hadn’t slept well last night, which usually means we are just grabbing coffee and not working out afterward.  Which is fine since I woke up with a soreness in my usual knee and an added return of an old injury in my left toe.

Sometimes I miss the good old days when I would wake up with a disco related injury on a Saturday morning from the prior evening’s goings on.

But, not going to the gym after coffee gave me time to come home and pop out an exercise blog entry about – basically – not exercising.  Now, the big question…to post a retroactive entry about my best week of exercise year to date or just go to the gym and do something constructively physical to close out the week? 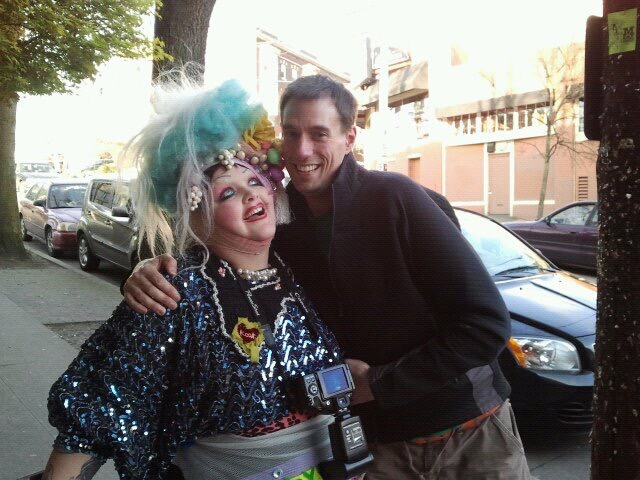 But I’m really trying to balance my work-night drinking, and tomorrow is my Monday.

Ugh.  Big-boy decisions…guess you’ll have to check in next week to find out what I decided!  (Hint:  it’s probably Netflix on the couch!)