Maybe it’s just walking through Old Town too early, too many times…recently on my way to work instead of on my way home.

Maybe it’s that sometime late Friday or early Saturday, there was another stabbing in Old Town.  Same building, one block off my route.

Maybe it’s that Old Town pretty much seems to be a quarter owned by Central City Concern.  Don’t get me wrong, it has done great things with the cheap properties it bought back before the turn of the century.  Before the Pearl really took off.  Now they are sitting on a fortune in real estate.  They provide housing for low income people.  They provide a place for people to bounce after drug or alcohol counseling.

They do a lot more than that, too.  Trust me.

Unfortunately, they draw the crazies into Old Town and the Pearl, too.

Equally unfortunate is that for all the housing they have, they are usually at overflow status.

So…there’s a good population of Urban Campers in my neck of the woods.

I’m really ok with the colorful folks – like the one I nicknamed the Mayor of Old Town.  He really deserves his own blog post.  I like my work days that begin at 6 am, I usually see him heading to the not-yet-open John’s Diner.  Cafe?  I dunno.  It’s one or the other.  He chills on the stoop until they open for the day and then goes in for breakfast.

I’ll work on that.  For now…back to my point.

Maybe it’s just that I watched too many scary movies when I was a kid.

That’s where I encountered Dressed to Kill.

This – along with the movie(s) Psycho – were enough to give me a lifelong noise sensitivity during shower time.  Much to my parents’ unknown delight, this was the cause of my 20 minute showers becoming significantly quicker…more of a down to the basics endeavor.

Conversely, this movie had an unknown – or at least unregistered, I knew on some level – effect on me. 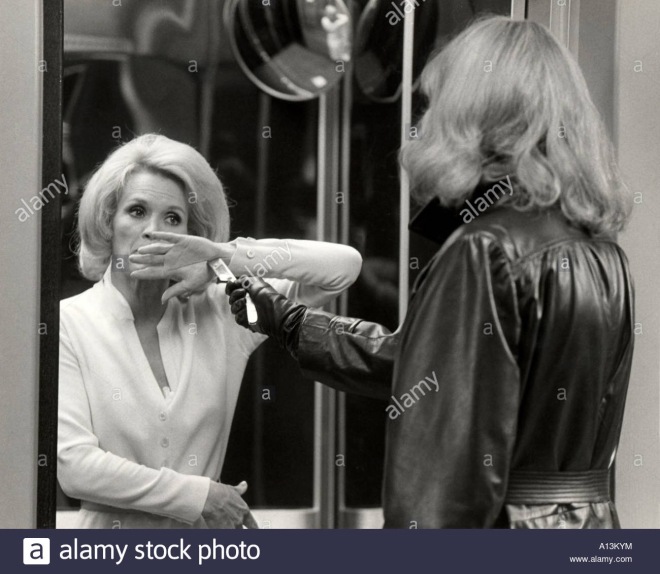 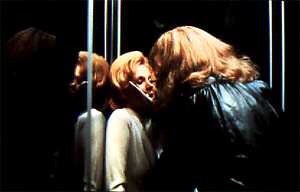 I don’t know why…

Oddly, I’ve got it turned around in my mind.  I expect to walk into en elevator and see a slasher in waiting, versus being on an elevator and having one board on a different floor.

Regardless, neither option is optimal for my ongoing survival.

So, yeah…that little combination does a good number on my sense of well being when I’m walking through Old Town on the way to MAX at 3:45 or 4:45 am.

I’m just grateful this movie didn’t give me any significant fear of men in drag, because then living on the edge of Old Town would be impossible!