A couple months back, I was looking at one of my associate’s phones while she gushed about Carnie Wilson and Enrico Colantoni having come through her store at PDX.  What had really set her gushing was that Carnie had apparently come back through a few weeks after her selfie-session and remembered my associate.

I could see that being kinda exciting for one of us Normies. 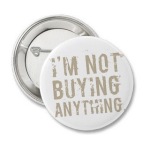 Then Fred Armisen wandered through her store being his low-key, awkward self.  He left without making eye contact, buying anything or being recognized by my star struck employee.

Seriously, how did she recognize someone as obscure as Enrico Colantoni and not one of the stars of the show named for and filmed in the town she lives in?

I didn’t have the heart to tell her.

Later that week, my parents took me out to lunch to enjoy the last hurrah of Summer.  Well, it could have been the last hurrah.  Turns out, it wasn’t.  In these parts, though, Summer is kinda like a virgin’s erection:  it could finish up without warning.

So, there we were, Mom, Dad, me.  Their dog, Buddy…sitting outside enjoying lunch.

I always enjoy my lunch visits with the parentals.  Even more so when Gus Van Sant is sitting over their shoulders.

It got me thinking about the game Black Sheep Bro and I would play when we went out drinking with our respective mates of the moment.  He was living with one of my employees from Linens ‘N Things – Jackie Jackass – and I was with <gulp> Sacha.

JJ was the one who introduced the game.  She was also – is! – this amazingly vivacious person.  There is basically sunlight pouring out of her eyes.  She also has an amazing ability to connect with people and bond groups of fairly disparate backgrounds.

Me, because of our mutual workplace connection.

Sacha, through their shared creative passion.

Black Sheep Bro…I don’t know what it was. Maybe she has a thing for guys with small johnsons who don’t take too long.  Who knows?

Since Jax suggested it, we were all pretty much game for the game.  She has a gift for making everything sound like a good time.

If she suggested a theme park based on awkward medical procedures, I’ve no doubt that she’d find investors.

“Let’s get another Colonoscopy!”  Can you imagine the souvenir shop?

And then – poof! – we were playing Celebrity Sighting.

Simple rules:  do nothing but what you’d normally do, in our case that’s chat incessantly and drink obsessively, and when someone with the slightest resemblance to a celebrity crosses your field of vision, mutter “celebrity sighting” and state your case.  I think this is where I developed my ability to resist looking around like a crazy person when someone says, “Don’t look now…”

Anyway, we had an uproariously good time with this little game.

Everything from <insert ethnicity here> Yul Brynner whenever a bald guy with any minimal degree of sex appeal walked by to Paddignton Bear if someone crossed our paths wearing a yellow hat or blue wool coat.

The more ADHD you are, the more successful you will be at this game.

Oh, and there’s no score keeping.  Your efforts either earn you a “No way, not even close!” type comment or your entry was the best one ever.

There was really no in between.

And it seemed so familiar.  I didn’t discount the possibility that Jackie Jackass had been exposed to this through some other channel, nor did I find it outside the realm of possibility that she just made it up and living in LA had made it all feel familiar.

How can you ever really know?

I didn’t immediately assume that Jax had riffed on the game from this movie, either.  The movie came out well after she introduced us to her version of this game.

Plus, if we made a celebrity behavioral mannerisms version of this game, she’s easily a frenetic personality match for the movie’s star, Robert Downey, Jr. so if she had stolen it from the movie…meh.  Whatever.  That didn’t happen.

The game has just been around.

Shortly thereafter, I saw this Facebook post and was reminded of the time I was getting my haircut at my Stephen’s Salon in Long Beach.  As I’m leaving, I’m walking backwards-ish talking to my stylist as I leave and turn around and run right into the wall known as Dolph Lundgren. 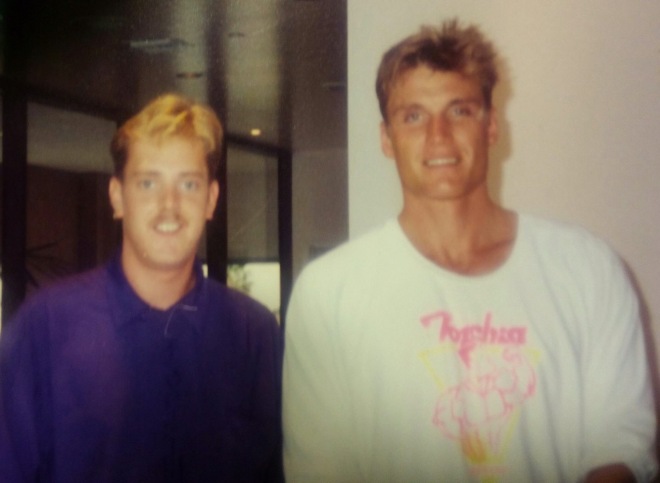 I have too many similar run-into stories like that to credibly deny that I’m not a celebrity hazard.  I bet the union distributes “How to Avoid Galby Injuries” pamphlets like my employers distribute flyers about avoiding Slips, Trips and Falls.

When I was working at FAO Schwarz in the Beverly Center, I came out of the stockroom, finishing a conversation over my shoulder while going through the door.  Stepping on Sally Field as I exited.

Strangely, another time heading into Stephen’s Salon, I was running late and weaving through the courtyard crowd.  Unfortunately for her, Chaka Khan ended up being an unseen obstacle in my path.  Fortunately for me, I didn’t knock her over.

Not all the way, at any rate.  She’s kinda built like a weeble, as it turns out.

My first serious normal boyfriend took me on a date to a comedy show.  It turned out to be a filming of a VH-1 comedy show called Stand Up Spotlight, starting one Ms Rosie O’Donnell.

I don’t remember much about the show, itself…it was – god – almost 30 years ago!

I guess that means that I’ve had this t-shirt hanging in my closet for close to 30 years, then. 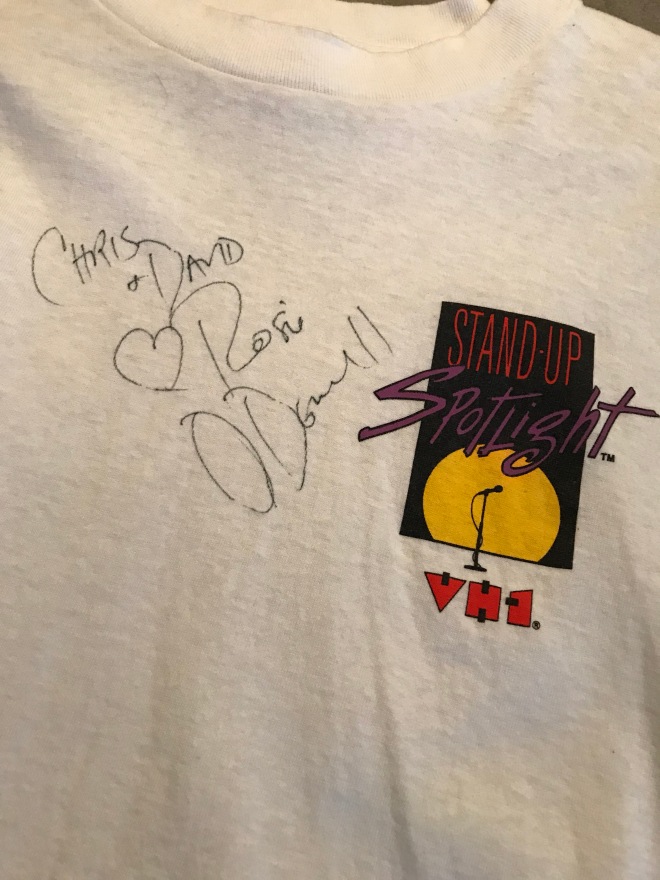 Now I’m depressed.  That whole time of my life was so sweet and innocent.  I hadn’t yet learned how to be jaded and embittered about my past.  And the few years prior had been a collectively hellacious learning experience.

I ran into Gordon Sumner – better known as Sting – many times while I lived in LA.  Of course, I’d seen him perform live a couple dozen times, so running into him was somewhat organic.  Have you ever heard the urban legend about the guy that fell off of his bench while eating ice cream in Palm Springs and landed on Sting?

That wasn’t me.  I doubt it really happened. Total urban legend.

Sacha and I went to Europe a few times during our relationship.  On one trip, I think it was Amsterdam-Paris-Monte Carlo but my memory gets our trip legs confused, but one of us popped off with a Macy Gray non-sequitur that had us both Holy-Shit-Best One Ever-ing.

That morphed into us seeing posters for her shows in every town we visited, vis-a-vis, Macy Gray stalked us through Europe. 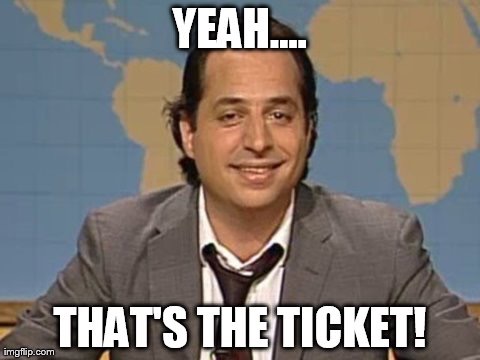 Ok, jumping around in time, now…

For no reason, D-Slice invited me to go see Elvira, Mistress of the Dark one year after we had both moved into the same adult dorm.  The invite was for no apparent reason, that is.  The reason to go see Elvira is obvious: she’s awesome with a side of awesome. 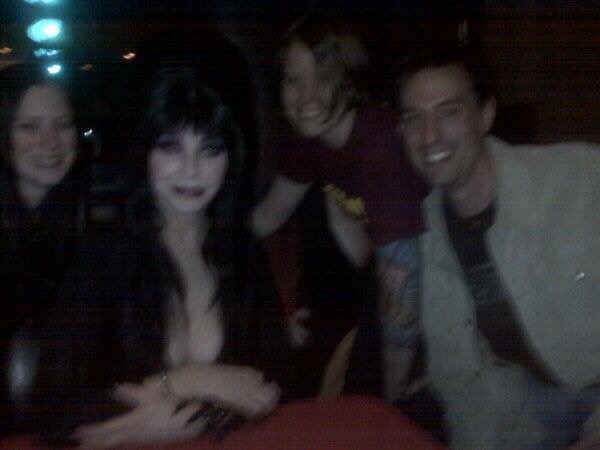 She was screening her campy self-titled movie, which has the added bonus of containing one of my favorite movie lines ever.

Let me set the scene:

She’s helping her all-American boyfriend (she has an all-American BF, there’s hope for me yet) set the marquee at his movie house.  She’s up on a ladder and reaches down to get a letter from him, hitting her head on the marquee as she stands back up and falling off the ladder.

Anyway, she falls in dramatic, B-movie slow motion before being heroically caught in the arms of her boyfriend…

Elvira:  (discombobulated) I haven’t had any complaints.

I’ve got this blog-entry placeholder just called Thomas.  It’s about a guy I worked with at Linens ‘N Things in Houston.  Maybe I’ll put some legs on that before my Staycation ends.  Who knows?

Anyhoo…also during my time in Houston being a busy worker bee for LNT, I was lucky enough to run – not literally, for once – into Mary Lou Retton while she shopped.  Good lord.  Have you ever heard the idiom/career advice about finding a career that matches your personality?  Yeah, MLR did that, for sure.  What a dynamic personality that lil dynamo had.

Plus, she makes Sally Field look like a giantess.

Speaking of giants – and monsters – Barbara Bush, Sr shopped at that same store.  The first time she was in, while everyone else hid behind drapery displays peeking out at her as she <gasp!> shopped just like a Normie, I got to reluctantly assist her with a tablecloth.

Me:  What size cloth do you need?

Me:  Ok, here you go, sweet cheeks.  (That last part is just editorial)

Don’t we all, sister?  But that’s not really practical now, is it?

Me:  Ok, well that’s gonna be a custom size, you know.  This cloth will only have about a 12” drop, depending on the actual diameter of the table.

Me:  Oh, well…like I said, that’s gonna be a custom job.  Normal people don’t have tables that big.

Let alone, somewhere to put them.  I’d bet the dining rooms in most homes aren’t even 8’ across.  I’d also bet most wallets wouldn’t afford a 120” diameter tablecloth, nor the table it would go on, let alone the house that has a big enough room for it.

But that didn’t stop this Houston Home Girl from being butt hurt and side-eying me like I didn’t know what she was talking about as she walked off.

At least I didn’t knock her over.

The next time she came in, I was busy doing busy manager stuff and didn’t see her until she was checking out,  I walked by the register just as my associate was gushing, “Mrs Bush, I just want you to know that my husband and I would take a bullet for you!”

Like a bullet would dare even try to mess with Babs.

She saw me walking by as she ripped the check from her book and gave me an impressively withering look.  She’d been working on her side-eye game in her retirement,

That same associate later bought the Former First Lady’s check as a memento.

What the actual fuck is it about celebrities?

Even if I’m only playing with myself these days.  You’re welcome, Diezel.

There’s this David Ogden Stiers lookalike that rides his Segway through the Pearl. 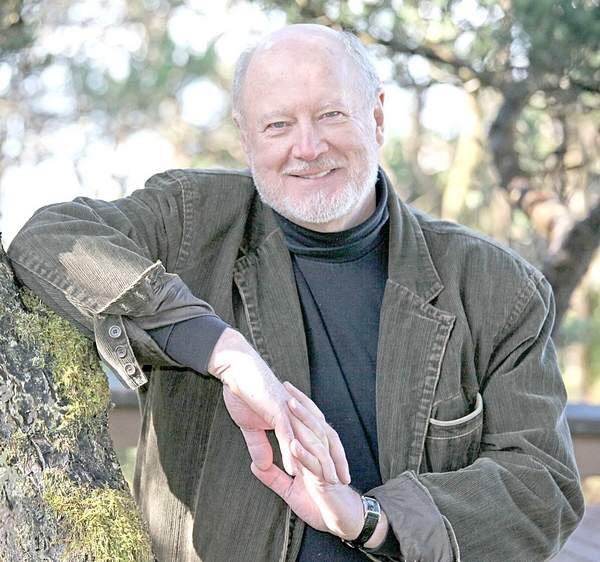 The Fox and I see him during our morning coffee excursions and occasionally later in the day while we hang out at Thelonius Wines.  He’s a character, I can tell by the way he corners on that Segway like he just doesn’t give a fuck.

“What are you gonna do, Mail-Truck-I-Just-Cut-Off, hit me?”  If he had a free hand, I’m sure it would be sporting a one-fingered salute.

It’s a nice surprise to see my David Ogden Stiers Celebrity Sighting while we sip wine. The proprietress and The Fox like talking all things Game of Thrones during her downtime.  The Silver Fox is just happy to talk to someone that likes the show and understands what the hell he’s talking about.  He also loves that she casually let slip that she used to go to Bonetown with one of the stars. 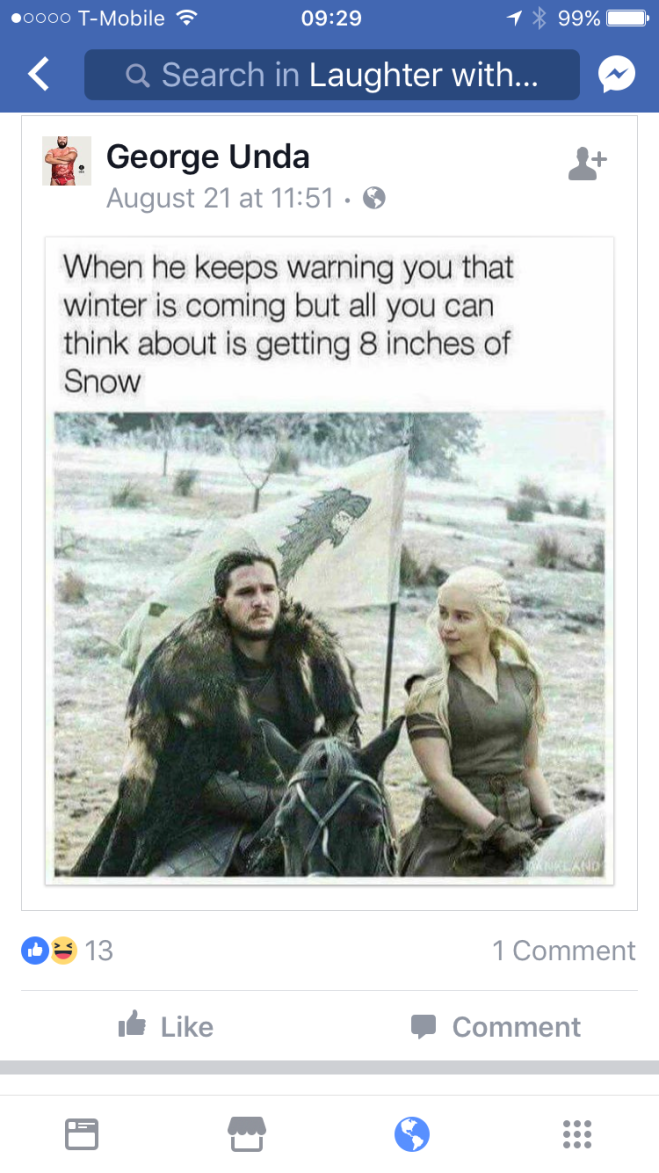 I’m still just not a fan of the show, and without my wreckless segway commuting David Ogden Stiers doppelgänger, I’m stuck with only a skateboarding Captain Jack Sparrow to entertain myself with during their conversations.

Now, that’s quite a Celebrity Sighting in itself, but if I spend too long thinking about him, I can easily talk myself into believing the person behind the celebrity caricature could easily have some of the less amusing pirate traits…