I’m back from coffee with the Silver Fox, our normal Thursday/Friday ritual, where I announced undramatically that I thought I had colon cancer.  It’s a legit back-of-mind concern as I enter the year of the colonoscopy, but The Fox downplayed my announcement.

Oddly, cancer came up again later when I mentioned my stomach had been a little wonky since our beer date last night.  We were at our favorite watering hole, The Big Legrowlski, enjoying a new IPA option from our collective favorite brewery, Barley Brown.  It was an unfiltered IPA called Feast From the Yeast, or something thereabouts.

Anywho, that yeast was doing a number on me.  In addition to feeling tipsy after just a few sips, my stomach just began feeling fluttery as I quaffed.  Not a general flutter, a focused flutter, which is what made it weird.

Of course, I didn’t let that stop me from enjoying a second pint!

But when I told The Fox about my 14 hour strong stomach flutter, he put me at ease by diagnosing me with pancreatic cancer.  It’s like we were playing hypochondriac poker.

Fortunately, the acid from the two cups of coffee pretty much killed – and then escorted out – whatever it was that was funking up my gut.

Instead of thinking about how cancer or heart disease will probably be my ultimate undoing, I thought I would share another of my less-likely-lethal ends while I sat here uncomfortably on my couch with Mistress Myrtle, who is in an uncharacteristically cuddly mood. 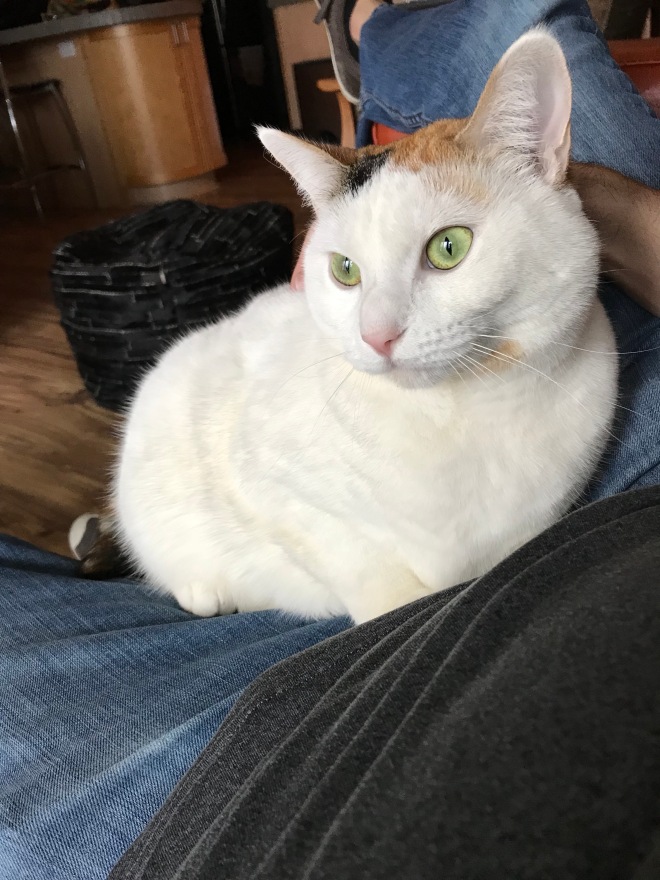 Sacha once corrected my comment about one of my irrational fears by telling me that all fears are irrational.  I disagree, I think my fear of heights and falling a distance is a healthy fear.  Darwin would be proud.

My fear of sharks is irrational.

It’s not that I’m a frequent diver off the Australian Great Barrier Reef or South African Coast or even off Hawaii…then, perhaps, a fear of sharks would be quasi-reasonable.

I’m afraid of a shark attack in any body of water.

I blame the Jaws movies.  Well, watching them at an impressionable age, at least.

Seriously, how cute is this? 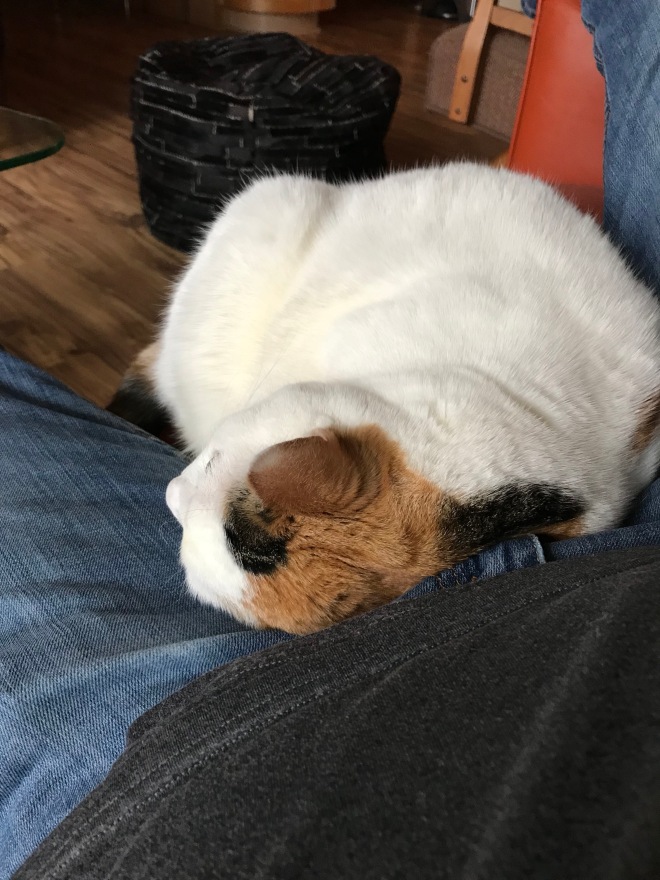 So, after seeing those films, I became aware of a reluctance to put my head underwater in a swimming pool.  It was a discomfort that remained a fairly stagnant dis-ease as I rarely swam.

However, after Sacha left me and I came out of my post-breakup funk and dipped my toe back into the dating pool, I met this guy who called himself frigginfantastic online and we went on a few dates.  He lived on Hayden Island here in Portland and invited me to go kayaking with him on the Columbia River.

Sitting in a kayak, you’re only a few inches from the filth that floats atop the river’s surface.  Discarded styrofoam from a decade ago, plastic, that gross foam and natural debris like twigs and leaves all combing to create a stinky, frothy, disgusting barrier that is quite un-see-through-able.

That lack of visibility awakened my fear of being caught off guard and general vulnerability.  I vascilated mentally between being grabbed by Jason from Friday the 13th and pulled under or just being attacked by a shark.

This was not too long after a news story of a confused shark swimming upriver, so…y’know, top of mind.

Not too long after this, The Fox and I became friends.  We took a trip to his family beach house about a year after meeting and spent a night there as well as at his ex-wife’s house about an hour inland.  I remember standing on the bluff at the beach, watching the surfers bob idly on their boards, waiting for a rideable wave.  Their feet dangling off their boards into the water…I shudder just thinking about it, a shark grabbing their lower leg.

When we got to Sallory’s place the next night, I was confronted by a more tangible challenge to this runaway fear of mine: a drink in the hot tub.

The view of the night sky in this rural part of Oregon was awe-inspiring.  Leaning my head back against the side of the tub allowed me to enjoy the celestial view while also completely freaking out about my entire body being underwater and a potential target.  Mentally, I envisioned being bitten in half by a mammoth great white, legs and shoulders being all that was left, bobbing in the hot, frothy, bloody hot tub waters.

I felt the same discomfort last year sitting in my gym’s jacuzzi.  Because I’m obviously deranged.

The apex of this personal terror came during a vacation with Rib.  We’d rented a yurt on an island in the San Juans.  He was all jazzed about renting sea kayaks and paddling out to a nearby island, oblivious to his own mortality like only a 26 year old can be.

Irrational fear of sharks plus kayaking in legit Orca territory equals fuck me.  My heart was pounding so hard the entire time that I’m quite surprised that I didn’t end up with fractured actual ribs.

But, survive, I did.  Fear:  confronted.

Speaking of actual fractures, this was a couple of years before I fractured my tibia running.  The first occurrence.  My doctor decreed that I was retired from running and suggested a less stressful form of exercise, like swimming.