My Christmas – low key as it usually is in my family, just mainly together-time and food! – was kind of crap this year due to circumstances I couldn’t really control.

Well…I could control them somewhat.  And I did.

But I still ended up working today instead of being off with my family.

What happened is that I had a couple of new associates scheduled to work today that called out sick yesterday, probably a pretty good indicator that not even paying them double time for working the holiday was going to motivate them in to work today.

So…I motivated them in to quitting.

Manipulate is such a negative sounding word and I really feel like my implied ultimatum was effective in getting these two off my team.  That’s important to me, because when people abuse our attendance policy, the rest of the team pays the price.

I was able and lucky enough to find an associate to volunteer to come in to replace one of their shifts.  But for the other shift I had to push our scheduled Manager On Duty into a store, which meant I got to be the MOD.

Hold on, while I mop up the mess that sarcasm made.

Christmas plans scuttled, but it didn’t really break my holiday spirit.  I thought I’d try and put together a few of the Christmas memories that came into mind while I worked among the holiday travelers at PDX.

In no particular order…I really just hope to remember the thoughts I enjoyed today on my MAX ride home.﻿

I’ll start with an easy one.

Ever since I took Spanish and Algebra in Junior High, I’ve amused myself by making a little equation out of the word Christmas.

There was the Christmas that my grandfather gave us kids a foosball table.  Man, that was the shit.  I think we were so excited to see that sitting in the back of the El Camino that we collectively wet ourselves.  I didn’t even know gifts could be that cool.

But I did know that gifts could be the exact opposite.  When I was maybe ten, probably younger.  I got a gift that was basically this 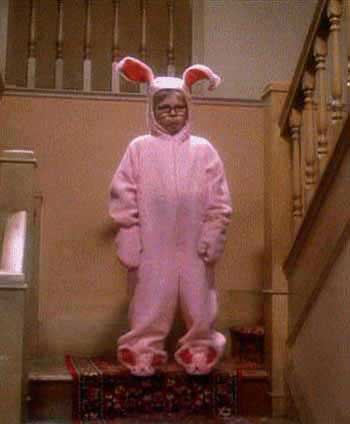 As an adult, I’m ashamed of my ten year old self’s (maybe) behavior (definitely).  My paternal grandmother had bought me a suit.  I dare say it was my first suit.

Mom made me go into the bathroom and try it on.  I went.  I went and I stared at it, sitting there in its box.

I didn’t think of how little money my grandmother had, and that she’d chosen this while thinking of me.  Yeah, grandma totally knew ten year old me (maybe) was a Future Homo of America (definitely).

No, I didn’t think of that.  I thought of how brown it was.  I was apparently also hardwired to be a bitchy gay, too, since I waited an appropriate amount of time, rustled some paper and then went back out declaring it was, “Fine”.

I also learned at Christmas that gifts could be a rite of passage marker, too.  Like the Christmas Mom and Dad got us three older kids bikes for Christmas.

Wait…is shebang a sexist word?  Oh, well…if you’re easily offended you should probably be reading The Bible and not this drivel, so you really only have your delicate self to blame.

You know…the more I think about it, the more I wonder whether those bikes were Christmas gifts or just Awesome Parent gifts.  Well, it’s a good memory, either way.  I remember the three of us taking our bikes out for an inaugural ride, so if it was Christmas, it was temperate.  Riding around our cul-de-sac on La Cour, streamers flying.

Not for me, per se.  I agree with Kramer. 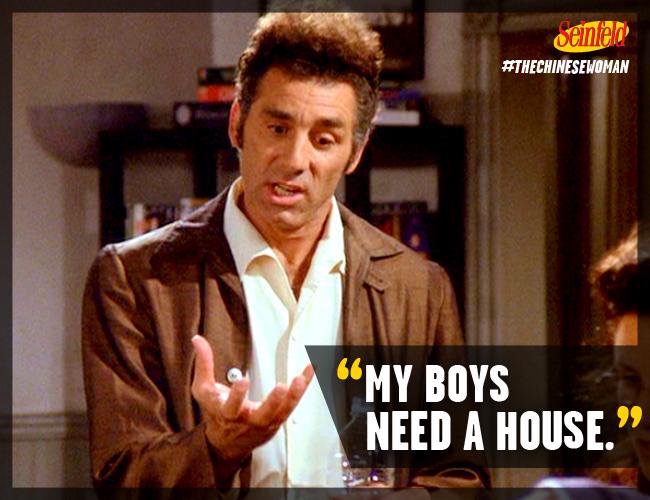 But I remember working a post-Christmas sale at Meier & Frank when I was managing Men’s Sportswear.  Alison, the Men’s Furnishings manager gives me a “Psst!  Hey, hey!” From across the aisle.  When I look up at her, she gives me directions via some crazy eyes that I correctly interpret as “Look over there!”.

I played it cool and was rewarded with a couple of barely college aged bros walking through the department in sweatpants.

Enjoyable – anytime – for me, probably excruciating for them on this instance since they both appeared to be learning that silk boxers are not practical attire until after you can no longer ejaculate over your own head.

I felt bad for them, but that wasn’t the only thing I was feeling, figuratively.

Sacha and I – y’know what?  It’s Christmas.  I don’t want to think of Sacha anymore today.

Plus, I’m home.  Let’s end this on silk boxers.

I’m gonna go inside, take off my pants, peel off my tights – proper Snowmageddon attire, bad walking ten miles at work attire – and sit on my couch with a pamplemousse La Croix and let my boys air out for a while. 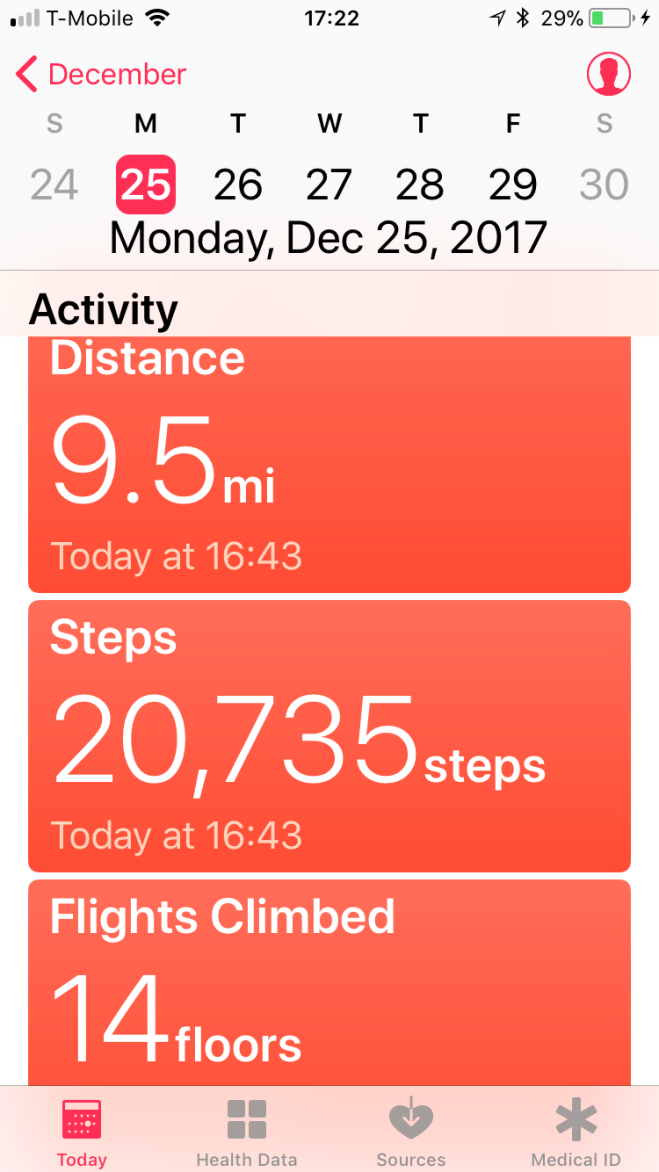