I kid you not, this joke has been with me since I was a little kid living on LaCour and watching the Muppet Show in our wall to wall shag carpeted basement.

neither Sonny and Cher nor Tony Orlando and his two Dawns could see me sitting in my underwear and tee shirt too close to the TV.  Prior to that realization, I had thought they could see me and hadn’t warned me about sitting too close to the TV (re: bad for my eyes, right?) because they were embarrassed by me sitting there cross-legged with my crotch pointed right at the TV while they were trying to work.

So, y’know, I was a stupid kid for thinking Sonny or Cher could watch me in my home from inside the TV, but kind of ahead of my time in today’s CIA/America situation, eh?

There I am, watching The Muppets, and Fozzy Bear comes on to tell his joke.

What do you get when you cross the Atlantic with the Titanic?

I mean, please…stop me if you’ve heard this one before! 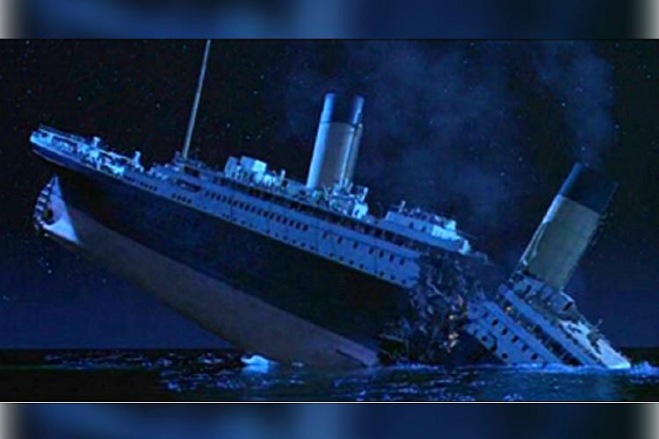 Whenever I retell it, I mentally ask myself, “Too soon?”

And catch myself feeling guilty about telling a joke a friggin’ muppet told me.

Actually, here’s a factoid you may not know:

The Titanic sank on April 14th, 1912.  That’s 47 years after the day Abraham Lincoln was assassinated at Ford Theater.

And you think April 15th is a crappy day…