The Big One edition.

I just got back from a quick escape to the coast with The Fox.  This is an important point, only because we specifically discussed potential caffeination strategies simply because of the beach house’s remote location.

Coffee wasn’t going to come handily.  Either you have to make the dreaded drip at the house, prepare to trek into town for whatever offerings you find or take some with. 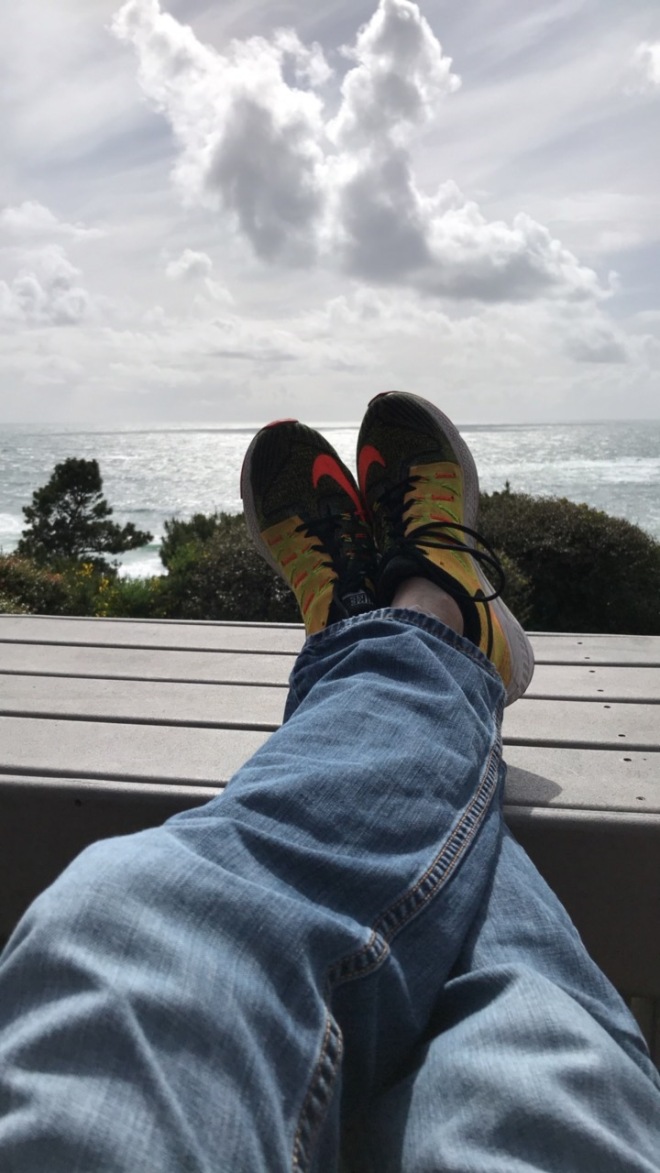 It’s a worthwhile trade off for this view, though.

The Fox is a Stok fanatic, which is a pre-made cold brew that you can buy in the store.  So, he was taking a bottle of that to get him through and offered to take a second for me.  I told him that I would likely just grab some Monsters to get me by.  I used to have a daily habit, but weaned myself off when I moved back to Portland and found worthy cold brew that was accessible on the daily.

Still, I spent the next several days listening to facts about how bad Monsters are and how they were named as one of the 10 worst things you can buy at the grocery.

Our route home from the coast was atypical for The Fox.  Normally, he will stop off in the hinterlands of Portland at the Costcos and Wincos to stock up for Armageddon. However, this time we stopped by the Fox Family Homestead to pick up Sallory – who is off on another family world tour and in need of a lift into the city and the airport.

No better reason to change the usual routine than that!

So, the usual Costco stock up and Winco Stok up run was put off a day.  I was asked if I needed anything and really could only think of hamburger.  Later, as we all played a pick up game of Where I Hurt – it’s a mental poker game I play when a group of us complain about our respective maladies – and my losing hand consisted solely of nightly calf cramps, I added magnesium.

The Fox rolls up to my front door with the ground beef and magnesium later as well as some back up lasagnes and a flat of Monsters.

I can find a place in my pantry for those!

However, it did prompt this question about our usual coffee date this morning:

Of course, the big one is nigh.  There’s scarcely a month that passes without at least one of the weekly rags publishing some sort of article about life after certain death.  Most recently, it was a Dr Know entry about whether houseboats were the next big housing craze in Portland – after RVs and ADUs – particularly as a potential way to survive and ride out the aftermath of The Big One.  The response, I will leave to your sleuthing.

This morning’s quandary for the Red Shirt was, “Would I want to survive?”

Even with the Monsters The Fox provided and the cash stash my parents taught me to have, I imagine Portland will quickly de-volve into some sort of post-apocalyptic knock-off version of itself.

Vegans will become cannibals before the first aftershock.

Yard chickens will become prophets – because it is still Portland.

And, somehow, I think all the little things about humanity that bother me will survive…even becoming amplified.

My inner optimist wants to believe that survivors will band together to create a better tomorrow.  Focused on making a community out of the ruins of our hipster culture.  But realistically, I think sacrificing myself by running into my crumbling building to rescue my neighbor’s (completely fictional, but give it time) balcony chicken will be the better move.

“All hail the prophet Cluckerella!” will be my last words as I fling my neighbor’s (again, completely fictional) balcony chicken off the balcony to freedom from our collectively crumbling roost.