I wouldn’t even be mad if this was called wreckognition in my case, it’s a delight for me when a fellow blogger likes my content enough to think of me when their work is acknowledged by their blogging buddies. And that’s just what happened this last week. Not once, but twice.

So, big thanks to Roger at ReNudePride and Ben over on MyCasualTrainwreckLife for the kudos.

I’ve only just discovered Ben and MyCasualTrainwreckLife, but it’s been a really fun experience for me. His writing feels comfortable, if you can’t tell by the similar cheekiness of our blog names, I feel his writing voice. It’s also nice because his experiences are familiar. Reading about someone else’s life and their perspective on similar experiences provides me with takeaways that broaden my own behaviors.

In case you can’t tell, I really admire what both of these men do. I kinda have a writer’s crush on them. So, it does mean a lot to me to be wreckognized by them.

Ok, so these Blogging Awards have a couple of strings.

They are three-fold, first to get to know the writer a little bit and get some insight into their blogging philosophy. So, for that I am asked to talk a little about what prompted my blog and then to share two tips for other bloggers.

The second criteria is to nominate another blogger or two or three for this award, because – y’know…it’s kinda like a chain letter that way. But in a good way, I don’t have to send a dollar to anyone in the mail. These nominations are inspiring to recipients (see my awkward gushing above) and passing the award along keeps it going and might help my readers discover a new blog they’ll appreciate.

Was that enough ado for you? I have more, but feel like I should probably get this show on the road, eh?

I’ve been writing this blog for a little over three years now. It started as a Facebook dare by a couple of friends who thought I possessed the talent and wit to write a book. This was the compromise after my insistence that I was only as funny as they were right about my talent.

My beginnings aren’t so humble as much as they are self-effacing.

First, there’s a lot of writers that tell you to establish a routine. Pretty much every writer but me. It’s not that I don’t agree, but only insomuch as a routine is a good discipline if you struggle there. I don’t so much, I publish 2-3 times per week and that’s pretty good…compared to my sex life.

The other argument for establishing a routine is that it trains your audience when to check in or expect new posts. According to the admittedly glitchy (What? I admit it’s glitchy, that counts!) WordPress metrics, 10% of my views happen Saturday night at 11 o’clock. So, basically 1/10 of my views happen during this 1/168 of the week…

Honey, I got bad news for my readers…10% of you are wallflowers and nerds with nothing better to do on a Saturday night. Or I’m a good lead in to SNL.

In place of a routine that commits me to publishing on specific days, I’ve opted for themes to helpfully nudge my writing toward consistency and keep content flowing.

Find which incarnation of routine works for you.

Second, reward yourself for blogging. I didn’t really start seeking out other bloggers until about the one year mark. I viewed other blogs as competitors with a little bit of jealousy. I envied their followers and views and likes and whatnots.

Well, that was stupid of me.

Reading other blogs does several things for me as a writer:

It keeps me checking into WordPress, even when I don’t feel like writing.

I’ve made friends in far reaches of the planet, Australia, Britain and Canada as well as other glorious nooks of the empire and also on the other side of my own country. The pleasure of following their exploits or sharing in their thoughts is great. Chatting with them in the middle of their day while I’m not sleeping at night was another unexpected perk.

I gain motivation and inspiration from these other writers. I’ve got one that nudges me closer and closer to pulling the trigger on that initial Facebook dare and writing a book. Still waiting on a new laptop for that – hint, hint.

There are others who will tell a story that reminds me of a similar instance or time in my life. Since some of my fellow bloggers are 10-20 years younger while others have 10-20 (ok, 15) years on me, the stories are often different in voice and tone if not even completely different because of situational norms that have evolved in the interim. It’s really great for my worldview. Not to get your hopes up, but it’s also made me a little more relaxed to have that perspective…maybe I won’t be such a grumpy old man after all.

Nominating someone else for this award. Or someone else(s)…or would it be someones else, like attorneys general?

This is tough because of s couple of reasons. First, some bloggers scoff at the recognition, it’s not why they write. Second, bloggers come and go. One of the last people I nominated stumbled into a relationship and hasn’t been seen or heard from in months. What a curse!

I think perhaps I’d like to pass this on to a writer that I’ve only recently discovered. Kaylena writes a blog called far kingdoms about books. Amongst the rewards I get from blogging, she gets credit for refueling my fire to read. I read a half dozen books last year. I’ve read two in the month that I’ve been following her blog.

If you are an avid or even lapsed or aspirational reader, head over to her blog and check out what she’s doing. I think you’ll enjoy it.

I should formally thank both Ben and Roger for nominating me. I winked at a thank you up above. But, sincerely…thank you both!

PS: another super rewarding acknowledgement I enjoy as part of my writing hobby is when a blog I write is shared by or referenced on another site. Generally, I take that as a form of positive reinforcement, so by all means… 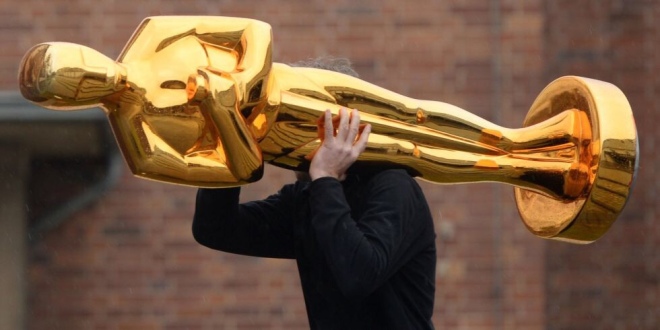