I’ve actually read a couple of blogs recently that have revived this snarky thought of mine.

Of course, the luster was short lived for me and I began to start thinking of these poor potentially exploited boys more like gayveal than physique role models.

Anyway, I just held that random “Where Are They Now” thought in the back of my mind as a reality check for the over- sexualized subculture of which I was a part.

A touchstone for reason.

This morning, one of the bloggers that I follow posted an interesting entry. His blog is a combination of short-form writing and pictorial entries. This morning’s was pictorial and caught me off guard when it included a pic of this guy 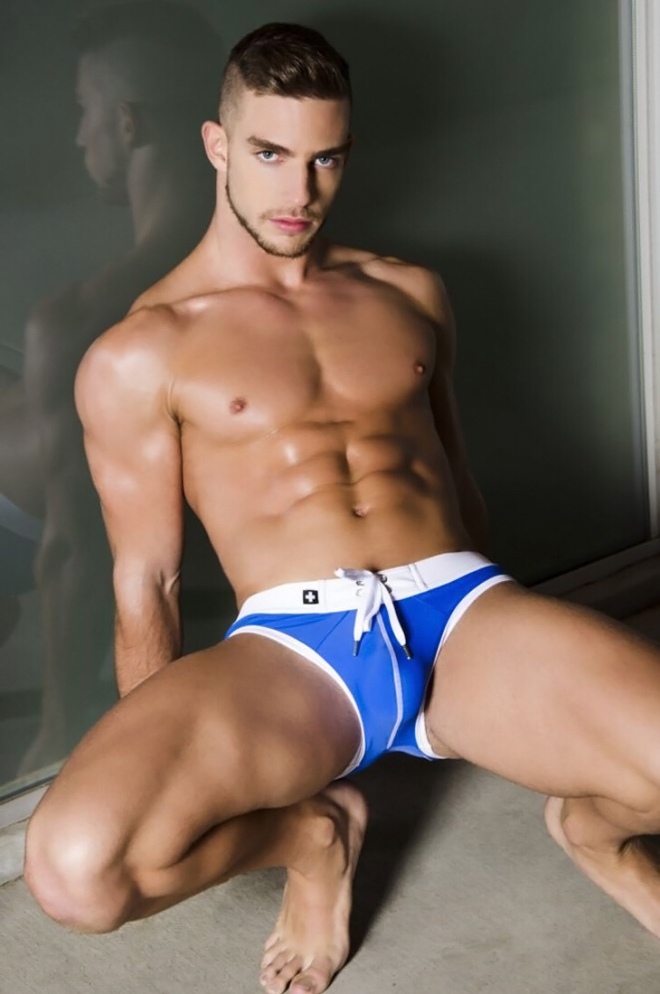 who was a gay-world famous underwear model after winning a model search competition from designer Andrew Christian.

To me, he – this model turned nobody – is symbolic of a couple of things:

First, these AC model contests were unique back in the early 20-teens but seemed to occur at the same time that Andrew Christian’s design was jumping the shark.

Suddenly, underwear styles were focused more on push up style structure or peekaboo openings and bare backsides…did we really need to reinvent thongs and jock straps? My gut told me that the marketing campaign was to distract from the functionality or even quality.

You’ve heard me bemoan people who seem to embrace the mantra, “It’s better to look good than to be good”, right?

Well, now you have.

Second, we – and I think I mean we as in American culture, not just gay culture – we’re making celebrities out of people whose only accomplishments seemed to be good genes and a rigid focus on corporeal development versus people with any appreciable skill or talent.

This is alarming in the gay community, particularly, because we already had a propensity to compensate physically for other – sometimes inequality imposed – shortcomings. It was almost like we represented our best selves using our bodies as a billboard.

We seem to have gotten sucked into the industry of our physical selves and forgotten or minimized the importance of developing our inner selves.

Being good looking and physically fit shouldn’t be a bad thing, but somehow we found a way to ruin it.

Good looking men are making a living as go-go boys. Posting admittedly enjoyable pics of them in their underwear in exotic locations for Pride season all over the globe that are riddled with typos.

That’s not how I want my “Where Are They Now” question answered. I’ve seen too many so-called gay celebrities or community icons die after getting ground up in those industries. Yes, yes…this is all just an extension of my attraction to boys with broken wings.

How I’d like the question answered is with interviews of paunch-gutted male pattern baldness suffering men describing their post-over-exposed-beefcake successes. Six pack abs replaced by a keg sized beer belly and a story of how they built a successful local charity helping homeless gay youth off the street. Flawless skin overrun by a network of telltale drug-addiction scars but an inspiring long term relationship that saved a life by returning someone to not just sobriety but reality.

That’s a documentary that I’d watch.

Remember how this “Where Are They Now” throwback was credited to two recent blog posts that I’d read?

Yeah, well that was the easy one.

The second blog – and more challenging, to be honest – was a piece about good looking guys being shamed.

Be honest…did you see that twist coming? 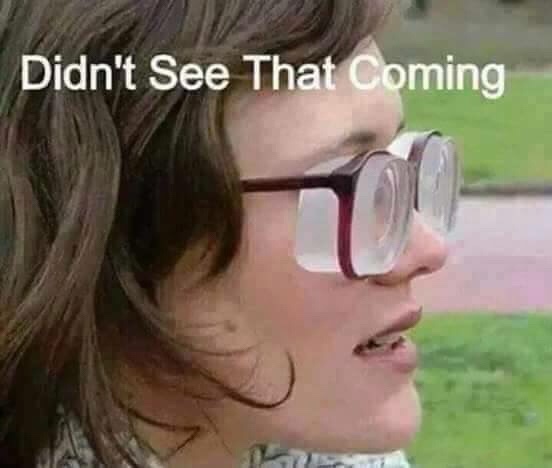 I hate to keep using that meme, but it’s so friggin’ perfect in so many instances.

And I really was not prepared for my thoughts after reading this blog post.

It is short, but in its brevity managed to take to task the people who troll people online that are simply showing off their physical accomplishments.

My thoughts – you know from reading above: slippery slope.

I came away from reading this blog with a yellow flag on my thoughts. I needed to remember that maybe the people who fall down that slope are the tip of the iceberg.

I can admit that there’s just a lot of people in the world that are at a more disciplined point in their lives than I am. I’ve been there, I am not there now.

At the same time, I had to admit that I do unfairly criticize these people at times, even if it’s only mentally.

While I’m internally committing to being more generative and appreciative of these physical accomplishments that I envy, I’m simultaneously struggling. Struggling with the reality that there are people who ignore me in my daily online and real life interactions because I am not one of them.

I know when it’s happening. My less mellowed-with-age self would call it out. If someone ignored me online, I might have sent a final accusatory message that suggested they were bad people for their superficiality.

A) I get so many responses, I can’t reply to them all

I think the price of entry into the world of social media really should be that one is socially competent. Or at least…social.

It’s a lame excuse and one with an eight keystroke counter argument.

This acknowledges the effort and largely discourages a response by closing the door to further conversation. In doing so, though, it remains social and even more importantly, preserves the self-worth of the sender. Sure, you’re gonna have those few people who don’t speak hint fluently, but that’s the cost of internet fame, eh? Everyone shouldn’t be treated like that worst case scenario.

Alternatively, if that’s too much of a burden, many apps allow you to turn off responses…maybe use those. Problem solved.

B) I’m only here for sex, not friends

Ok, that problem will just take care of itself eventually. Except it will perpetuate the negative and impersonal app-tastic culture we’ve cultivated over the last 20 years in the process.

So the hate and trolling that this guy mentions is familiar, I get it.

Is it a situation where one party bears the blame?

It’s collateral damage to psychological warfare people don’t even know they are engaged in. I’d wager the majority of the trolls this guy is mentioning didn’t start out as trolls. They probably started out perfectly reasonable and over the course of being ignored repeatedly built up an intolerance that manifests itself by lashing out preemptively at the next sexy guy they see.

How screwed up is that?

Guys aspiring to a physical form that attracts social media attention ignore attention from their less attractive audience building up resentment that manifests itself as what then gets described as trolling or bullying.

Ok, first…make sure you aren’t calling someone a troll because they correct you on the not-overwhelmingly complex correct usage of there/they’re/their.

Second, maybe what we all need to do is infuse our social and real life lives with more compassion.

Point A above goes a long way. Be grateful you’re getting the attention you may not have admitted to yourself you seek. Know enough about interacting with humans to gracefully stop a conversation from progressing. Ignoring a conversation doesn’t make it go away, it alters it’s course.

On the flip side, maybe just stick to correcting real life friends on their grammar. Using the excuse, “They need to know” isn’t any less an abdication of responsibility than “I get too many responses to reply to them all” is when it comes to dealing with people online.

And…after all is said and done here? I realized that I don’t really care where most of these people end up. The great lot of them are Kardashian-esque Lost Boys, so maybe I should just do a little virtual housecleaning and make sure that I’m surrounding myself with people that enhance my happiness versus highlight the things about people that make me unhappy.

It’s been an interesting week in my head, folks.

Love and pizza, yo!

8 thoughts on “Where Are They Now?”