Is it a bad sign that I’m chilling before a phone interview and decide five minutes before the call that I should find my headset, make sure it’s charged and, “oh, hey…why don’t I work on that draft from last week while I wait?”

Knowing that I’ll totally keep typing during the conversation.

Is that literally phoning it in or figurative since they’re calling me?

The thing that has been tickling my fingertips is the Chrisism I coined last week: Psychophant

Obviously, a portmanteau of psychotic and sycophant.

It was my response to reading the resignation letter from that nitwit Scott Pruitt. If you haven’t had the surreal displeasure, take a look. 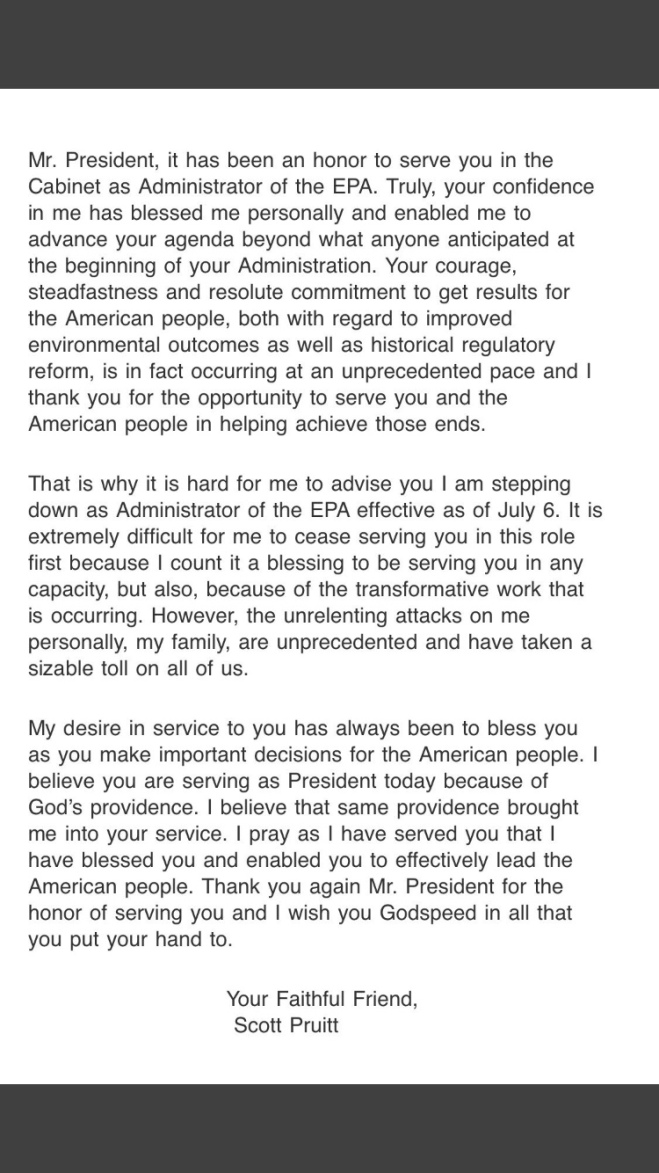 My second thought was how BreitBarb is doing on her Trump administration bingo card…she must be getting close to a blackout card by now!

Ok, did you read it?

I’m really not sure I should be writing about resignation letters while I wait for a phone call about a potential job.

Side note: the call just began

I really don’t have much to say about this resignation letter. It’s just so obsequious! Seriously, you’re quitting. Why do you care about your employer’s feelings?

You’re quitting because your family has been – allegedly – unfairly attacked. Did your employer defend you or try to correct the situation?

As I recall, he’s more helpful in an inciting rage kind of way.

Of course, this tends to bother most of his employees recently in their attempts to dine peacefully at nice farm to table or Mexican restaurants. 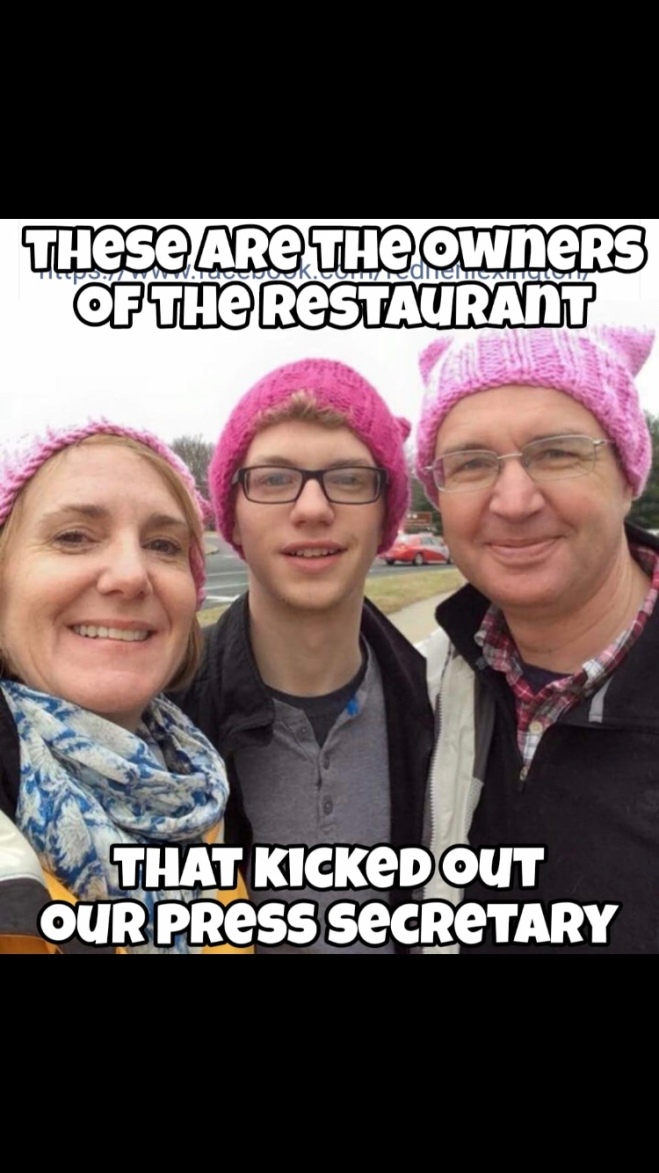 I literally cannot bear the ironic idiocy of a Trumpster Fire employee trying to eat in a Mexican restaurant. That family pictured above that released Farah Fuckabee back into the dumpster and refused her service needs a medal. Of course, the voters using their brains as paperweights – are their brains even heavy enough to secure a piece of paper?!? – retaliated against the restaurant, causing it to close down for a period…all the while, administration employees stand on the sidelines.

But that poor psychophant Scottie P and his family have been so harassed by the media and protesters that he had no choice but to quit a job he was grossly unqualified for as head of the EPA.

Fine, he did plenty of damage in his too long a tenure.

Your work here is overdone.

On behalf of the media and protesters, you’re welcome, Scott. You don’t – or do – realize the size of the favor we’ve done you, your family and the planet…off of which I’d personally prefer to throw you.

What was really incomprehensible to me was the level of religious fervor he brought to the resignation.

I count what I consider to be eight separate incidents of religious reference in those three unctuous paragraphs.

You seem to be piling it on rather heavily, Scott. And I don’t even consider you to be at significant risk of needing a pardon in the too many remaining days/weeks/months of il Cheetos’ reign.

But, I guess from your perspective, it’s better safe than sorry.

Me? Instead of dwelling on it, imma focus on who’s next and go check the news for what I hope is Meuller’s latest indictments.

Oh, and guess who paid half attention and just got invited to Seattle for a face to face interview next week?

So, now I gotta go buy a BoltBus ticket and cancel plans…