I think being bothered is a good thing. Keeps you present.

That just fell out of my mouth earlier this week while The Fox and I were at coffee.

The cafe manager had stopped by to talk while he grabbed a quick break. We always have enjoyable chats when he can take a moment like that with one or both of us. He and The Fox have actually had beers together a few times, too. When I get the download from those conversations, I’m not jealous of them…but I can appreciate that I missed something good.

But, to be clear, my bother in this particular conversation isn’t the same as our childhood pal 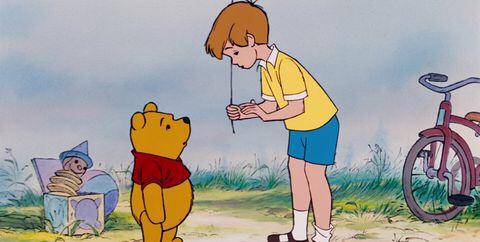 …and while I have friends and colleagues who have referred to me as Pooh’s human friend, I think over the years we’ve known each other that has congenially morphed into Grumpy Old Xtopher.

Since that moniker doesn’t lend itself to Pooh’s famously mild expletive, you can call me Whiny the Pooh for this post. 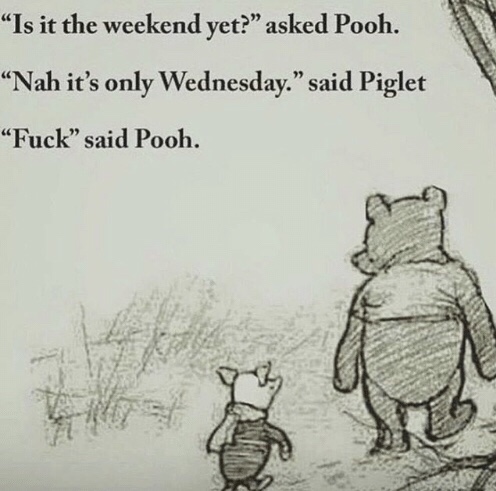 Because that’s more my style!

While I think my state of botheredness fluctuates depending on my real or perceived infraction, these moments really do keep me present. Both in my surroundings, but also in my own behaviors.

Who knew being the non-violent version of Hannibal Lecter would actually not only help me be a better person personally but also hopefully help me to be a better part of my community? Hopefully, if I’m bothered by someone else’s behavior, I don’t go on to become guilty of the same thing.

Sadly, as low a bar as that statement represents, I think more often than not, that’s actually what enables others to validate their own poor behaviors. Welcome to the United States of Kindergarten.

Yesterday I went to the Apple Store with my parents to get help with my mom’s new iPhone. They had an appointment for 2:10 and we showed up around quarter to 2:00 to check in. The associate checking us in told us that their appointment was actually 2:20…but said we were welcome to wait. We asked if that would end in us being seen sooner and when getting an uncertain reply, decided to go across the street for coffee and come back.

For as smooth as the process of checking us in and getting us staged went – maybe we just didn’t really care since we had coffee – we ended up at the Genius Bar just about on time.

I guess not so for the woman next to me. I heard her complaining to an employee she shanghaied about their wait, and “how much longer it would be?” The associate checked his iPad and said, “Looks like your appointment was at 2:30, and we’re only a little behind, so it shouldn’t be too much longer!”

I checked my phone.

“Ok, well my son has another appointment across the river at 3:00, so the sooner the better!”

This is not ok. Now, we were only about seven blocks from the river, but our evening rush hour starts as early as 2:00 and we were smack dab in the middle of downtown. Even if her son’s appointment was literally just on the other side of the water, the bridges become a pinch point during the evening commute.

A half hour drive time would not be unreasonable.

What was she thinking?!?

I don’t know, it probably sounded a lot like “me, me, me”, though. Now what she was doing was making this someone else’s problem when it was completely her own doing. Even worse, in taking an appointment slot that was unworkable for her, she took a slot that could have worked for someone else.

Now she was trying to manipulate this poor guy into jockeying around the customers so she could go first. To his credit, he held firm with, “Well, it looks like there’s just one iPhone ahead of yours, so it shouldn’t take too much longer!” in a cheerier voice than I would have given her.

This reminded me of another instance from earlier in the week. It actually made me take a picture as it came hot on the heals of my quote at the beginning of this blog post.

This basic is demonstrating what it is to be not present. 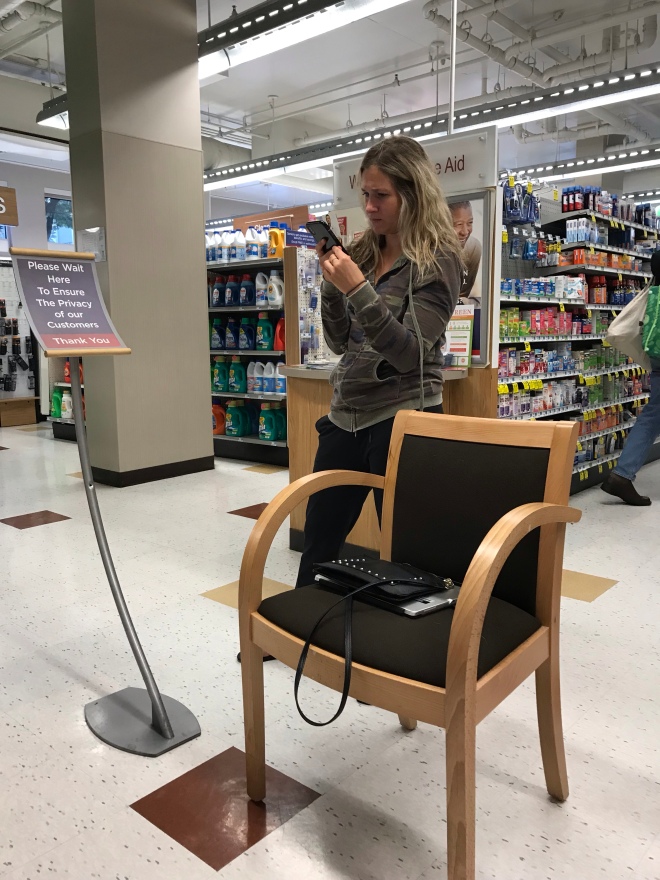 Which, in turn, bothered me.

The sign she is standing right next to says, “Please Wait Here…” as I’d been watching her, two people had walked up and asked her if she was waiting – one of them was the Silver Fox, who was excitedly awaiting his flu shot – and I’d only been watching her for a couple of minutes. Now, she could have certainly chosen to sit in the waiting area while she waits for her Rx to be filled. She knows the chairs are there, she set her tablet and handbag in one of them.

Having chosen to stand in line instead, you’d think after enough people asked if she was in line, perhaps – just maybe – she’d think to herself, “Self, I think I should get out of the way”.

She’s so unpresent that she didn’t even notice me overtly taking her picture from about 5 feet away.

This seems like a good moment to check in with my Drag Queen Spirit Animal.

Now you know why she’s my Spirit Animal. Every other homo – of a certain age – remembers her infamous cameo/quote from the pre-turn of the century gay film festival darling, Trick. She shared her wisdom with us there, giving that entire generation of gays the 411 on the perils of getting semen in your eye…

So, yeah…that’s good to know if you’re some run of the mill Stupid American. But this gay guy didn’t need to be told that was an experience best skipped.

What can I say? I have uncommon knowledge as it turns out.

So, as entertaining as Coco is, whether in a cameo in Trick or Will & Grace or even my beloved Arrested Development…my love for her was cinched the first time I saw her “That bothers me” schtick on stage. There was a mental click when she stated it, so simple. It’s when it hit me that shit is gonna bother me, but screaming and yelling about it – tilting, if you will – is just gonna make me look like a crazy Don Quixote type. I can be bothered and still lead a relatively normal life.

Shut up, Everyone That Knows Me.

Oh, look! A story about the least present people on the planet! One whose headline tells me that basically, I already know everything that story has to offer. 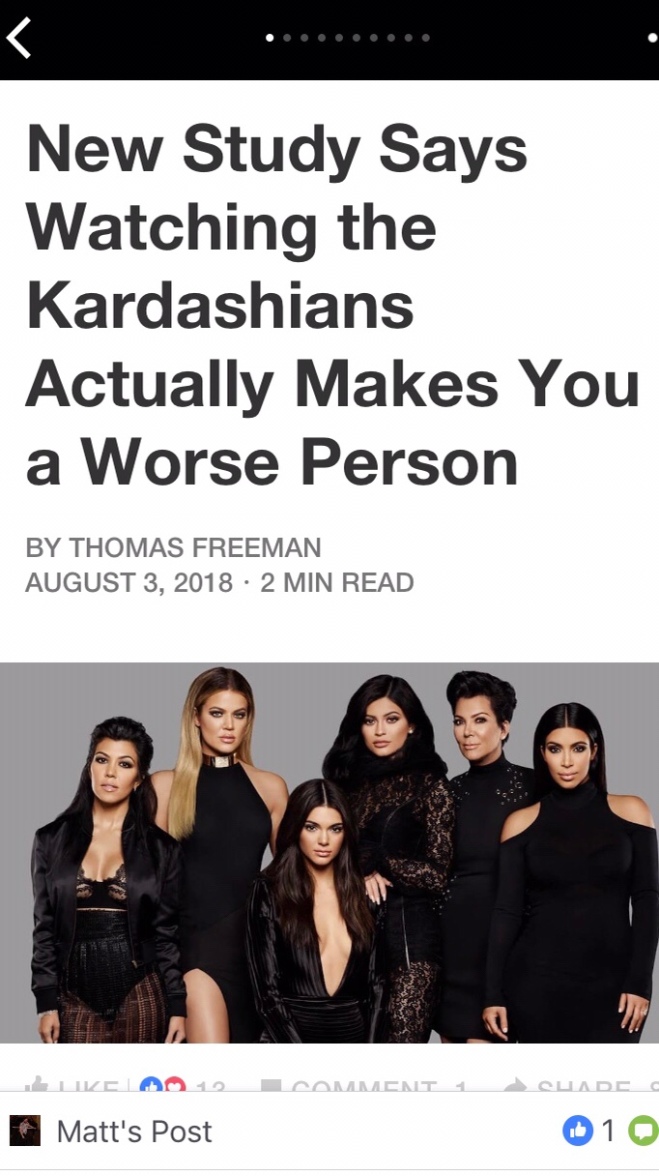 I’ve long lamented the influence those people have over American culture and the direct influence they have in making our culture an increasingly frivolous and anonymous one.

They have simultaneously taught us to be vacuous while managing to keep us incessantly keeping up with them.

Not me, just to be clear.

I wouldn’t watch them hold hands and jump off a cliff…because, they bother me and could even prove annoying to me while doing something that was inherently a net positive for the world.

Meanwhile, back in WordPress Land, I just barf these amusing yet niggling annoyances of mine into the void and walk away. And it’s not like them there Kardashians…for me, it’s not about “the likes” here. WordPress is a group of people that want to write for the sake of creating, or educating, or entertaining…or, yeah, like me: therapy.

That said, I do like the likes and comments because they enhance the experience of writing for me. I tend to try – how noncommittal was that? I need a Yoda, “There is no ‘tend to try’ only tend or not tend” – to participate and interact with other writers that I follow to show them the same support and encouragement they show me. But since I follow about five dozen other writers, I often get behind and visit my half dozen favorites more than the rest.

Which is why seeing this today on one of my favorite writer’s blog posts kind of bothered me. 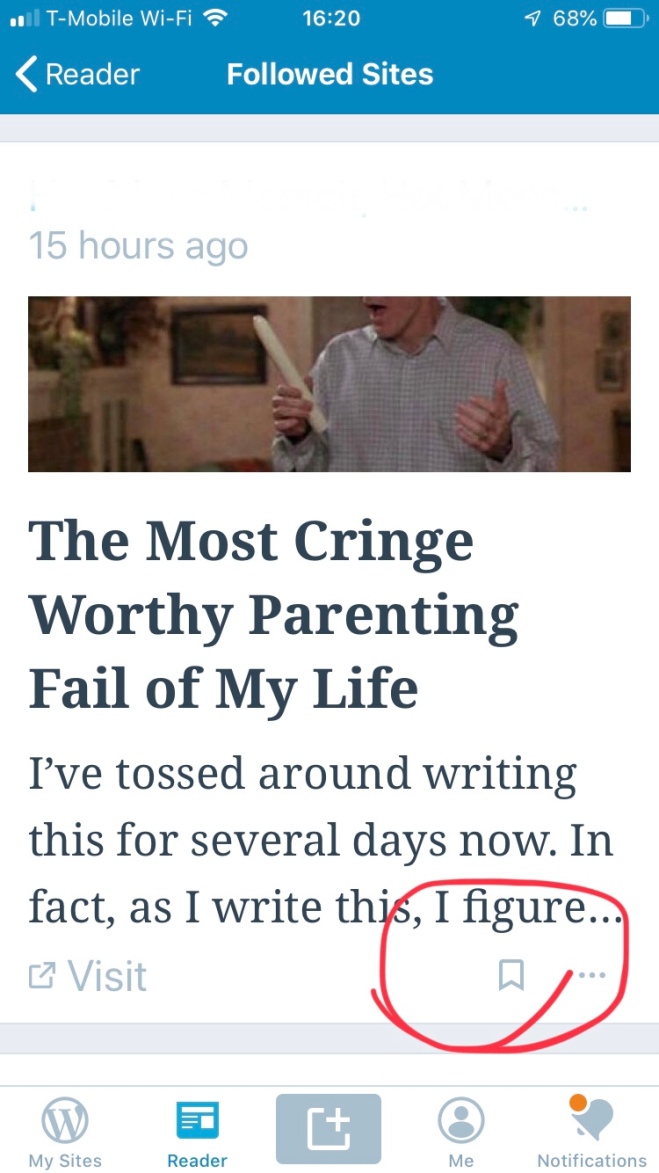 What’s missing in that red circle was the feedback buttons. This is another recent entry from her that demonstrates the usual set up: 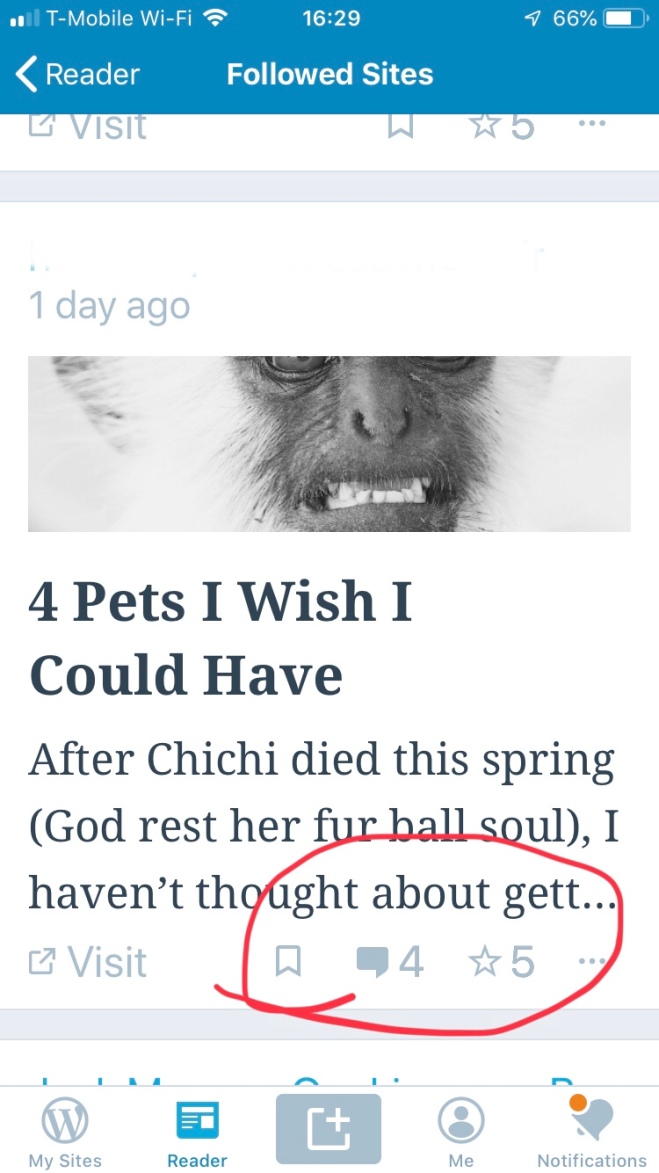 This woman is a funny writer. She has a great voice and style and usually spells everything correctly. Isn’t it nice of me to blank out her name so you can’t go follow her?

What’s great to me is that she writes about being a mom and living in suburbia – two things that are far afield from my life experience – in a manner that draws me in and amuses me. She makes me understand and sympathize with her struggles…and chuckle along with her as she does her own screaming into the WordPress void.

The post that she turned off feedback buttons for was one of her funniest yet, in my opinion. It involved an improperly stored “lady’s little helper” that her son discovered next to her as she woke up.

Ok, we haven’t all been there, clearly. But just imagine the shargrin that people could have contributed in the comments. Because there’s for sure plenty of fun anecdotes out there, this I know.

Also, shargrin = Share + chagrin = Chrisism. It’s like the opposite of schadenfreude. Instead of enjoying someone else’s embarrassment, you empathize with them and share a similarly embarrassing moment.

Since shargrin is – basically – most of my life, I’m bothered to not be able to participate in this post. But also, it bothers me that she deprived herself of the opportunity to salvage her parental dignity by closing off comments. It’s like she tossed her story into the void and walked away from it.

But I still liked the post…I just think that the feeling of forgiveness she cost herself by not hearing her readers’ shargrin ultimately sold herself short. For the record, though, she was present where it counted most: helping her son understand his feelings about what he witnessed.

I guess, ultimately, that makes her a lot like me: not perfect, but present and accountable enough to bother trying to be better. The kids I had coffee with today gave me something that was an unexpected gift.

Try to be 1% better today than you were yesterday.

These two cheery motherfuc…I don’t need that type of positivity in my life. Do you know the damage that could do to old Whiny the Pooh?!? Later, they set me back in balance by sending me this 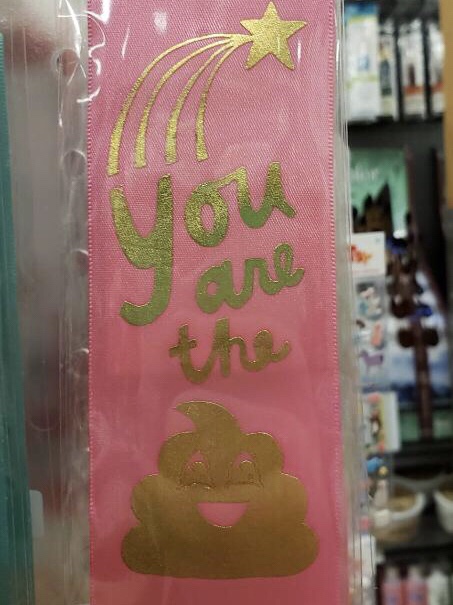 I got a good chuckle out of that. And that’s what motivated me to sit down and tap this out. We don’t have to be perfect or put on a show of false happiness to be good people. We just need to be aware enough of our own shit to be able to know the difference between how our actions affect others and the world around us.

Are you the shit or a shit?