I just applied for a job managing a BevMo! I actually applied for a job with this company before I left Seattle in 2015, and was kind of disappointed that their application process doesn’t seem to have been touched in the last several years. 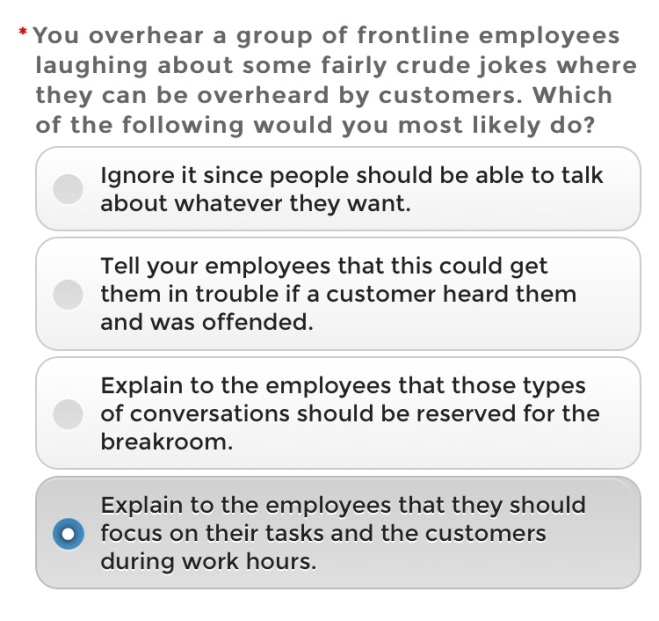 Are any of these answers actually correct?!?

I remember thinking the same thought when I completed this process in Seattle. But that was pre-MeToo and frankly, I feel like even in Trump’s America, none of these answers are correct.

Actually, I think they are all less correct now. Let’s break it down:

Obviously, the first answer is 100% wrong. There’s freedom of speech but what you choose to say may have consequences. In a workplace, it’s your professional responsibility to ensure your speech does not reflect poorly on the organization.

The second answer is about 50% correct. No, maybe less, but I’m not sure how to quantify it. Sure, if a customer complains, they could get in trouble. Even if it’s not a customer, but an offended employee they could get in trouble. I think the most correct reason for “getting in trouble” would be that their behavior violates a company’s code of conduct policy, regardless of complaints or from whom they are received, no?

Answer number three is just mind boggling, not even half right in my opinion. Again, the act of telling crude joke should violate a company’s code of conduct policy. Shifting the location to elsewhere on the premises – particularly one accessible to all employees – tacitly condones the behavior and creates a hostile work environment. I don’t care what people do on their own time, outside of my business – mostly – but they sure as hell aren’t going to behave in a manner that erodes employee morale on my turf.

Clearly, I chose the fourth option. Strictly because it’s the least wrong, in my opinion. Employees should focus on their tasks and responsibilities while on the clock, of course. I think that work environments should be fun, especially in retail, but when employees self-direct their fun at work, they need to remain professional about it. If they don’t, I think that this redirect should either have an added consequence statement to acknowledge to unacceptable behavior or there should be a mention of a follow up conversation in the potential responses. Telling someone to “get back to work” doesn’t do enough to address and correct the situation. I mean, the goal should be to stop it and prevent it from happening again, right? 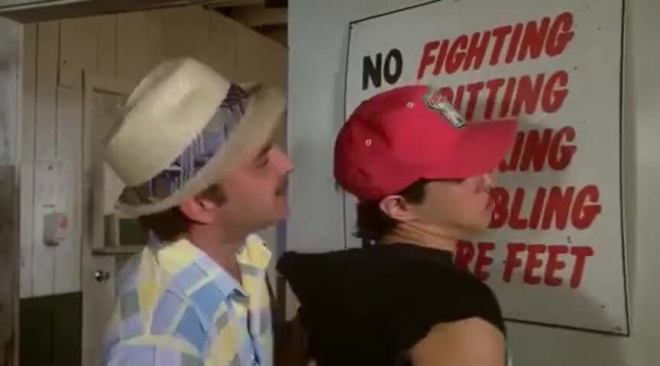 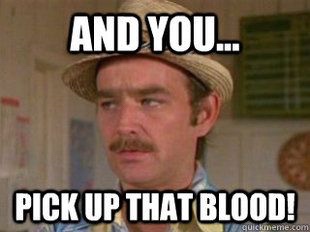 My friends and parents ask me frequently how the job search is going.

This is kind of a fine example of how it’s going…companies that I think I’d enjoy working for demonstrating to me that maybe I wouldn’t want to work there after all. Without even bending over backward to do it.