One of my favorite things about holidays is the time I get to spend with my family. Particularly, my mom and dad since I stay at their house.

What excites me most is being able to cook. It’s something I simply don’t do for myself, for a variety of bullshit reasons…I just don’t.

Cooking for others is just such a core reward. Since I don’t have anyone at home to cook for, outside of the maybe three or four times a year I host a dinner party, these escapes to the country are an indulgence for me.

Plus, I’m pretty sure they enjoy it, too.

Usually, it’s just a dinner or two since I’m generally only there a couple of days.

This past Christmas, though, I was there for five nights!

Bring Myrtle out, it’ll be great!

PS: they were wrong, btw. Myrtle was totally traumatized the entire time and I was a neurotic mess…but the dogs were fine!

My absolute favorite part of the trip was cooking breakfast Christmas morning. Normally, the three of us will make do with coffee – or Monster! – and snacky bites until lunch time. Occasionally, we’ll go out for a breakfast, just the three of us.

But Christmas morning, the whole fam damily was coming over. It’s not that big of a deal: mom & dad, me, my youngest brother, and my sister, her husband and their son.

I take it back…that’s a big deal.

We were only planning breakfast and dinner for Christmas, and mom wanted dinner to be easy.

Not sure if I’ll get into that, since this is about breakfast, suffice it to say that I got a little Xtopher on dinner.

But breakfast was something I ended up being quite proud of:

I’m a huge dope, plus I was a tad neurotic about being responsible for feeding the whole family, so I forgot to take a pic of my frittata efforts…they were quite beautiful. Please accept the above ripped from Google substitute.

Mine were so much better looking after five minutes under the broiler. They were such simple concoctions, too:

But still, I fretted over my frittatas. Over simple stuff and stuff you should stress about, like flipping the damn thing into a plate. Mom was a super duper help, because that turned into a four-hand task.

That was only the second funniest part, too. In my distracted state, I grabbed the frying pan handle about three minutes after taking it out of the broiler. I’ve got a decisive grip, too, so I got some air between the pan and stovetop before the burn registered. 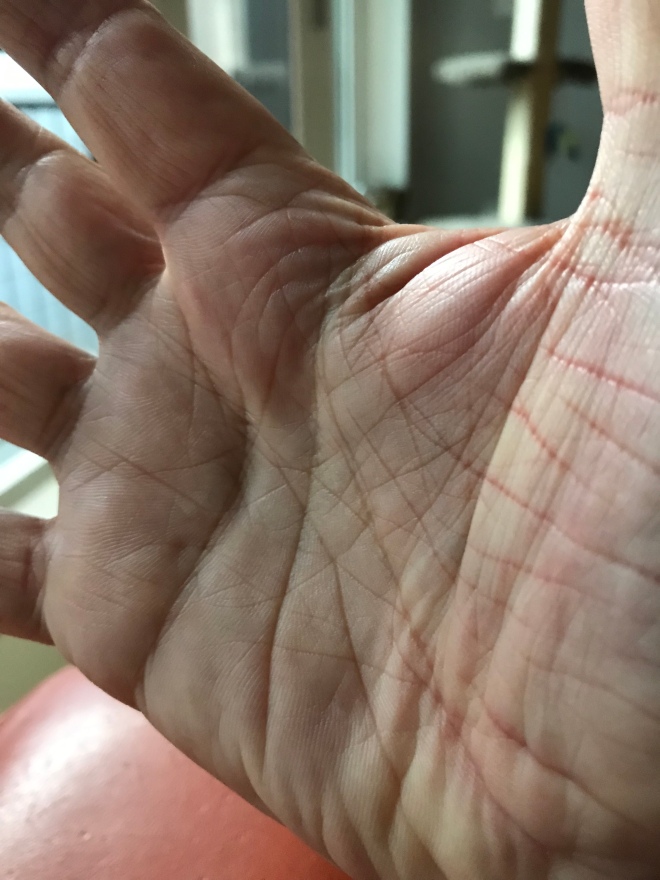 Are you still picturing four hands grabbing a skillet and simultaneously trying to secure an inverted serving plate to it while flipping the whole thing top to bottom?

Dad helped me flip the second one. We were also successful, although mom is way more intuitive in the kitchen and I wasn’t super articulate that morning. Poor dad. What a game guy, though! 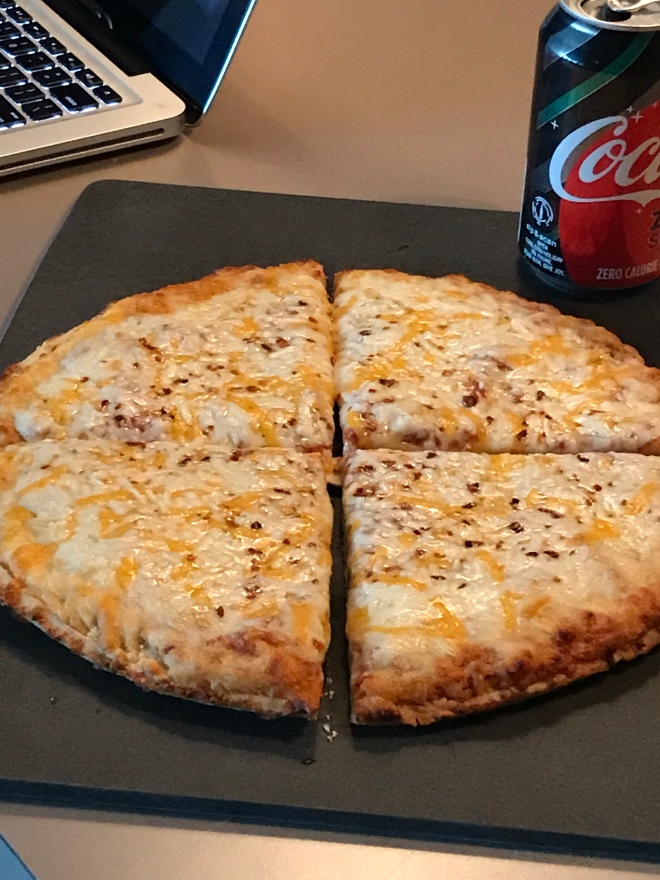 The shapes are kind of the same…but, yeah. I made myself a frozen pizza for breakfast today.

On the plus side, the third burn I gave myself on Christmas Day – on a friggin‘ crock pot! – is finally healing.

I used my knuckle to push the crock pot of lil smokies back on the counter. Who knew the outside of that thing was set to “Chernobyl”? I swear, I was in contact with it for maybe two seconds.

Hopefully, it heals before my solo self-care cooking makes my heart explode. I’d hate for this blister to give my knuckle a jump start on my cremation…

11 thoughts on “Breakfast of Champions”