Last week I had coffee with my Home Owners Association President, Joe. Joe is around 75, give or take a year or two and spends part of his year here in Portland and the remainder in South Carolina. He owns homes in both places, but makes it clear that he never wanted to be a Portland resident. He is a South Carolinian.

He spends time here because of his daughter and grandchild. Maybe even a little bit for his son-in-law, too.

You know, I’m getting to that age where I’d probably enjoy being close to one of my kids.

Like that was not an unusual statement or sentiment…

We see each other every week or so when he’s here. He’s one for poking around the building to check in kind of like old southern ladies poke around restaurants, table hopping and talking their way out after their meal. Occasionally, he’ll knock on a door just to give an update or meet a new resident. In a building with only 5 residential floors totaling 18 units, that’s kind of a nice touch from the HOA prez.

Sometimes, I’m not wearing pants, so I don’t answer. Ok, once.

Outside of that, we have the best of intentions to get together formally for a coffee or a drink while he’s in residence.

Joe with Joe, if you will.

And it was a true treat.

When Joe putters around the building, you can catch a conversation on a myriad of topics from him…about the building. Oftentimes, I end up catching him as I’m rushing out to something – late, only because the Silver Fox is early – or rushing home and urgently needing to hit the can. But when you are fortunate enough to get him out of the building, the conversation is going to tend toward lots of interesting topics and casual brilliance.

He can’t really help himself. He’s rather smart. A math fella, not sure if he’s a PhD, for sure, but that was his career, so I bet so. He wears pithy tee shirts like this 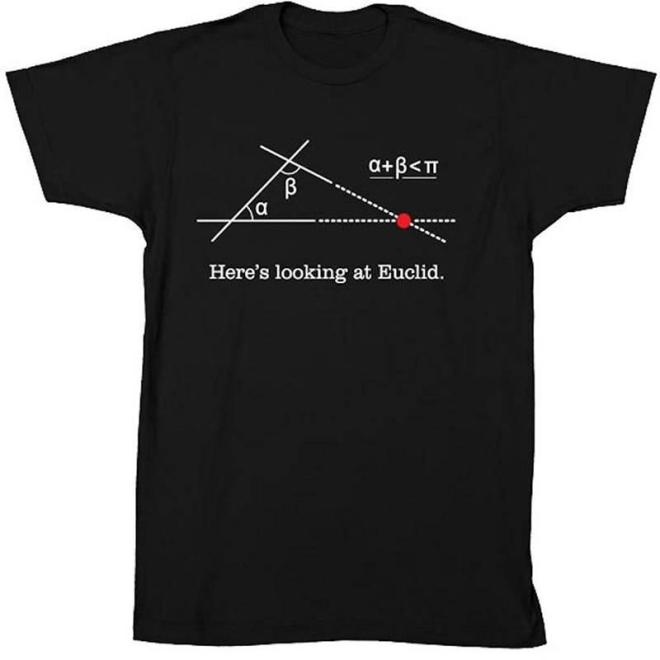 Which I think is a great play on words, so it’s amusing to me. However, put a gun to my head and make me explain the principle behind it and it’s gonna be bad news for me. I kind of top out at hypotenuse-level brilliance with math.

He mentions to me that he’s read my blog a little, back when he was using the Facebook. I’m instantly self-conscious because: smart. But he goes on to say that he liked my stuff,

It’a better than a lot of the stuff you see on there.

That seems like a pretty low bar to clear, knowing what I usually see on social media. But then he moves on to a trip that he took with his wife and one of their daughters and the moment passes.

Because they wanted to do the whole Ulysses tour-thing. Ok, I’m gonna admit, I’ve never made it through Ulysses. Here’s the thing, I tell him, “I muddled through Ayn Rand and hated every page of it.

Before we moved on to other books, we indulged in our mutual disdain for Ayn Rand.

Greenspan was a follower, you know.

Of course, I did not know this.

Once I picked up Ulysses and started choking on the text, I put it down and pretty much left it wherever it was that I set it down.

Oh, yeah. That stream-of-consciousness writing is garbage. I can’t stand that style of writing.

But, wait…stream-of-consciousness is my style of writing! But, once again, he’s moved on in the conversation.

I only went because I wanted to see Scotland, I let them do all the Ulysses crap. I didn’t care about that.

Somehow, we move from there to Economics and his appreciation of the subject, which isn’t surprising coming from a math guy.

Because, Edinburg is awesome, right? But you can clearly tell that Joe has absolutely zero Scottish heritage, too, I’m sure. He talks at legnth about the topic, referencing Wealth of Nations so enthusiastically that I’m suddenly dying to read it.

Imagine my surprise when he turned the table on me. Tales of the City, of course, is a continual go-to for me, when I haven’t loaned it out.

Anyway, I told him I could do without the goofy Scooby-Doo style mystery. For me, those books are all about people developing connections that endure. Regardless of age, race, gender or orientation. So, during this particular coffee klatch, I’m glad it came up.

The liquefaction of the Portland waterfront – one of the reasons he doesn’t want to call himself a resident – when the big one hits the cascade plate was another topic. Complete with a shout out to…you guessed it!

Geology was also created in Edinburgh…

I believe in the Big One more than I believe in the Second Coming of the Lord, but I’m not convinced either is likely to occur in my lifetime. If it does, I don’t want to live through it, so the Pearl District is a good place for me.

However, in a fit of turning my What Could Possibly Go Wrong mantra on itself, I’m sure Fate will spare me my Red Shirt Diaries demise.

For his part, Joe is happy to know his daughter lives on a granite shelf, so no liquefaction for her. The child and grandchild – and yes, even the son in law – should be safe.

And with that, Joe must go. He’s taking some steaks to his daughter’s place for dinner. He wants to drop them off and then head over to the nearby Pickle Ball courts for a little play before dinner.

Because it’s Portland and we have public Pickle Ball courts, damn it. And because that’s only a little weird, our septuagenarian residents play pick up games at them.

So, good news for us, Joe…like it or not, you’re 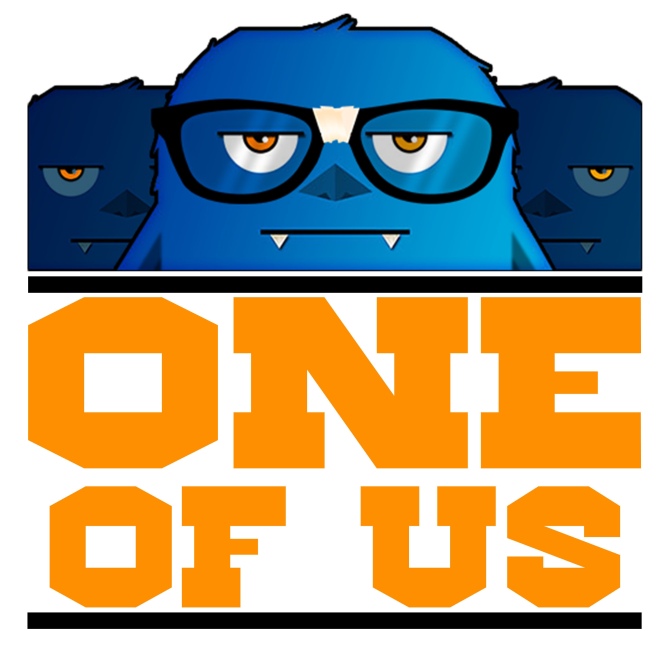 4 thoughts on “Joe With Joe”