And I’m writing about it to take my mind off of murdering my cat for her ongoing psychotic behavior. Hopefully this distraction works out for her…

Anyway, it was this toothpaste: 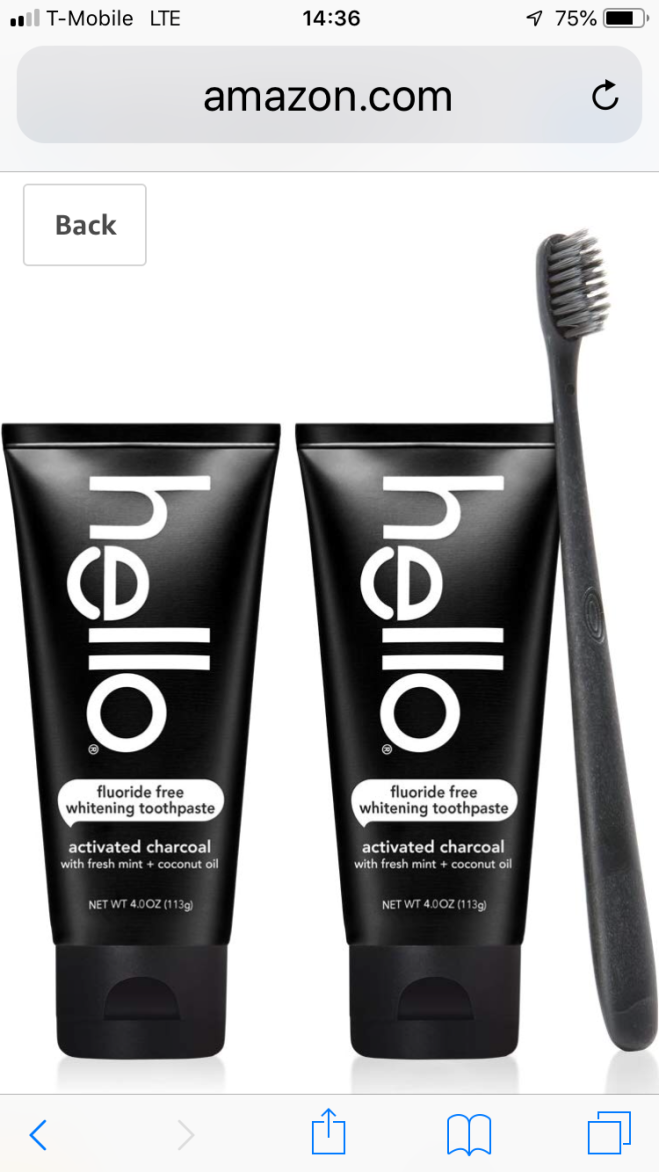 I had heard of it, but never tried it because “everyone” on social media had been raving about it. Naturally, if a self-appointed influencer recommends it, I’m out.

But there I was, out of toothpaste. Like, way out. That last day was touch and go. Worry not, it worked out but I still immediately ran to the RiteAid for a new tube. I was standing there in the toothpaste aisle, silently grumbling about how expensive toothpaste is – which also sounds a lot like me.

Then, there it was.

Y’know what? I needed a little pick me up, so I splurged on a $6.50 tube of toothpaste.

Plus, when you spit and rinse, you’ll get a lil shock because: black toothpaste!

Overall! I gotta tell you, go buy this toothpaste! I’m not trying to be an influencer. I’m telling you to do it, not suggesting.

Since the first time I used it, my teeth have looked whiter. Three times in three weeks people asked me some version of if I’d gotten laid because I looked different.

And believe it or not, I just felt better!

Ever since the second time the murderous Myrtle tripped me, sending me to the emergency dentist to repair my broken off front tooth, I’ve been increasingly self-conscious about my smile. I’ll take a minty little pick me up to undo some of the damage that cat has done to me.

At $6.50, that’s a very reasonably priced nice side effect. Not as nice as if I was getting laid once a week like a few of my friends insanely think I could. But I’ll take it.

The hyperlink above is for two tubes and a free toothbrush for like $13, plus free shipping for Prime members. I think that’ll be my option next time I need toothpaste.

I also like getting packages, so why not just treat myself to getting one for no reason other than not going to the pharmacy? It’s way better than ordering a case of these ridiculously tasty treats. Although, seeing them in a 4.5 ounce package is nice. I’ve bought the 7 and 11 ounce packages and they both ended up being single servings. Less might be more, in this case! Plus, the last thing I ordered off Amazon was Myrtle’s favorite treats…look where that’s gotten me. Time to do something for myself!

I really should try to figure out how the Amazon Affiliate program works. This would have been two good ads to use! Hehe. But, no…I had to “test the waters” with clickbait!

One thought on “I Tried Something New”