Do you ever start telling a story about “the old days” or “a classic” movie/song/what-have-you only to have your brain catch up with your mouth halfway through and realize the story you’re nostalgically telling doesn’t pass current PC muster?

Of course this happened to me.

So, I suppose this should be titled “That awkward moment when”…

There I was, at Nossa – hey, it’s Sunday…it’s what I do. Anyway, I was talking to my barista boyfriend while he made my drink and the Silver Fox found the perfect table – y’know, one that looks perfect but spills my drink when he innocently adjusts his foot. Our conversation started after The Fox asked if the tables outside were reserved for the brunch the bar downstairs hosts on the patio on Sundays.

It’s a shared space, so sit wherever you want!

I heard a chipper and enthusiastic statement but his body language had an edge to it, so naturally that was the conversational thread I chose to pull. I commented that they sure put a lot of effort into their brunch service, since they start serving at 10 and I’d been there at 8 before to see them beginning their set up.

Yeah, they don’t even open the downstairs space, they just use the patio until their regular hours.

That was kind of surprising, since Portland weather is kind of…unreliable. But on top of two-plus hours of four people setting up the patio – which I assume is mirrored on the back end for clean up – with a bar cart, racks of tableware staged at the edge of the building and a music set up – which is usually a live band; they are spending money on extras as well.

But they are either buying extra pub height tables and chairs to supplement the regular patio furnishing the landlord provides or they are emptying out the bar below to provide seating. On top of that, Nossa has a couple of umbrellas they usually put out to shade the tables – I think there’s eight tables normally. The first time I witnessed this brunch endeavor, the restaurant added in some orange umbrellas. Today, the umbrellas were all a nice, dark green. No red Nossa umbrellas in the mix at all.

I don’t mind, really. It brings people in…

“Yeah, but with those green umbrellas, you’re probably gonna end up with not just your customers or their customers…you’ll probably get some Starbucks customers coming in to add a really confusing third leg to your customer barstool.”

“Oh, really…you think you can rehabilitate Starbucks customer’s palates with your good coffee?”

He looks like he makes a real effort at thinking about it for a second, then says,

Well, maybe some of them…

We both laugh at that and that’s when it happened. I was thinking about that aha moment of a Starbucks drinker experiencing good coffee and instantly questioning their previous life choices.

That was the scene that popped into my crazy head, which made me laugh even harder. I asked my Fake Boyfriend if he’d ever seen Young Frankenstein.

I think I watched it a couple of years ago at my parents’ place one Christmas.

“Of course. It’s the perfect holiday movie! Do you remember when Madeline Kahn meets The Monster?”

So, naturally I go on to describe the scene and he’s giving me, “Yeah. Yeah!” as he listens along and remembers.

Except as I’m talking, I’m starting to remember this part of the scene 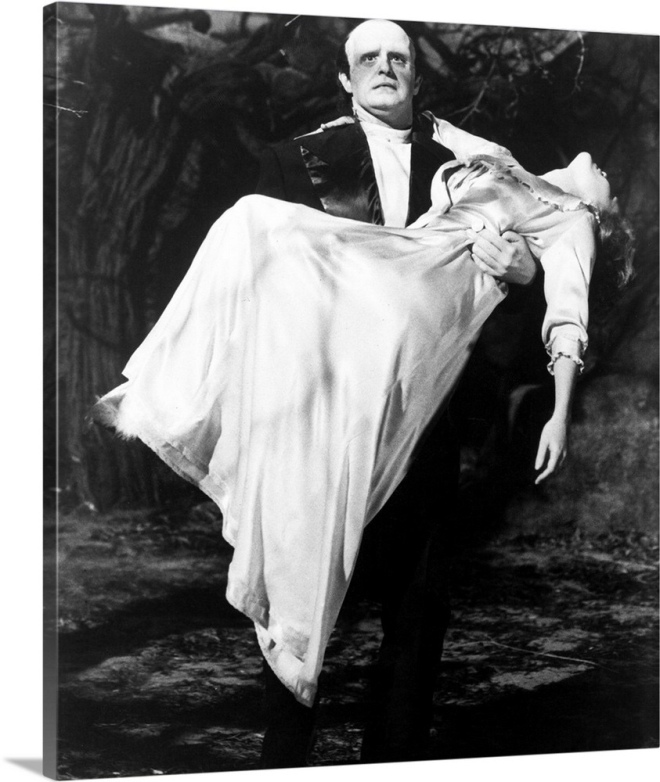 Where The Monster kidnaps Madeline and how the whole “Sweet mystery of life” moment occurs while The Monster is forcing himself on her.

I’m beginning to simultaneously try and gauge the people standing nearby – because were in Portland, for crying out loud…the wrong combo of AntiFa and Feminista overhearing this could get me in real trouble – and figure out how to get out of this conversation.

And then a third thing happened.

This was the part that did it…

I was suddenly disgusted with the notion of framing a rape as the woman being wrong about what she wanted and coming out the other side of her assault fulfilled and awakened.

So, I’ve been running a B-reel argument about how “times have changed” and “it’s a comedy” with myself to help figure out whether my nostalgic feelings about this movie can survive in this woke #MeToo day and age. I told myself,

Nope. Can’t fall for that argument. I’m not planning on running for office, but still…can’t have Jeff Bezos tattling on me if he sees Young Frankenstein in my viewed queue.

Now I’ve given myself a headache.

9 thoughts on “That Moment When…”