I’ll need a photo ID as well as your insurance card.

A pleasant delivery doesn’t stop me from wondering aloud from behind the Silver Fox if they wouldn’t likely have a lot of imposters showing up to an appointment like his.

My pithy posit barely merits a side eye from The Fox, but I’m accustomed to my observations being met with an occasional absence of encouragement.

You know it’s been longer than a decade since the last time we did this, right?

That was my question as I parked.

The Fox assures me that I’m wrong, but I remind him that a decade ago I was living in Seattle.

The email I got said it was my ten-year reminder!

As if that closes the conversation. I mean, “The email said” is a far better argument than “I read it on the internet”, but it’s far from authoritative.

Still, I let it drop, wondering if perhaps I took The Fox to his first “people pay for this experience?” appointment and perhaps there was a former boyfriend that filled in for me ten years ago.

It’s not unlike my best friend to be religiously early. We jokingly call it Fox Time.

Even for this. Closing in on his sixty-eighth birthiversary, if this happened to be his third procedure, I could easily see him justifying his first at a Fox Timely 48.

Of course, the problem there is that it probably only seems like we’ve known each other two decades. Especially to him, I imagine, given that he has to put up with me and sometimes I’m a little much.

For instance, we didn’t talk so much this morning in the our first of dozens of daily texts. I just sent him this:

So I dropped the timing question. No need to unnecessarily poke the bear, as the saying goes.

Or The Fox, in this case.

Poor guy’s about to get poked enough for a while, I imagine.

Besides, there’s plenty of other topical material presenting itself. As we step into the elevator, The Fox pushes to button for the top floor.

They’re on the top floor because everyone that goes there bottoms.

I could do this all day.

I did manage not to comment on the photograph of the canal hanging in the lobby of the office.

Anyway, before the Silver Fox is done not responding to my initial query at the check-in window as to whether this office has a lot of imposters showing up for colonoscopies – it is Portland, the kinkiest city in America – I see this: 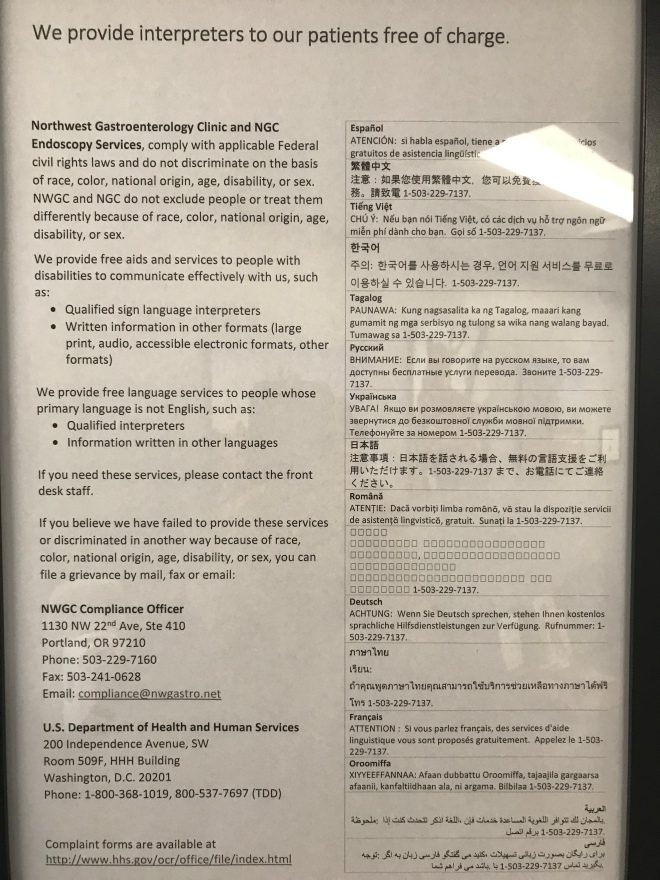 I cant help it. My derp thoughts just appear out of nowhere and without warning.

My imagination instantly starts creating this story where a translator is called in to break the process down into gay-speak.

Gurl, I hope you brought poppers because this. is. happening. Mmm. Git it.

And with a Cher tongue, flip of the imaginary wig and snap of a paper accordion fan, the consult is over and my best friend is led off by a GoGo Boy in gold lame hot shorts. 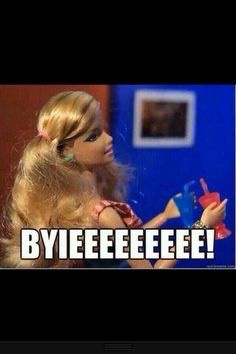 And the next time I see him, he’ll be all doped up and rubber-legged. I do recall that from last time…it was quite amusing to see my fairly dignified bestie a little worse for the wear.

But the light at the end of the <ahem> tunnel is food!

That shut me up.

You know how many back to back colonoscopies I’d have to prep for to get down to the goal weight range that I abandoned?

The staff would probably think I had fetishized a good snaking.

Now, I’d better go before they finish up and I’m tempted to write about The Fox’s behavior while he’s sedated!

5 thoughts on “The Roto-est Of Rooters”