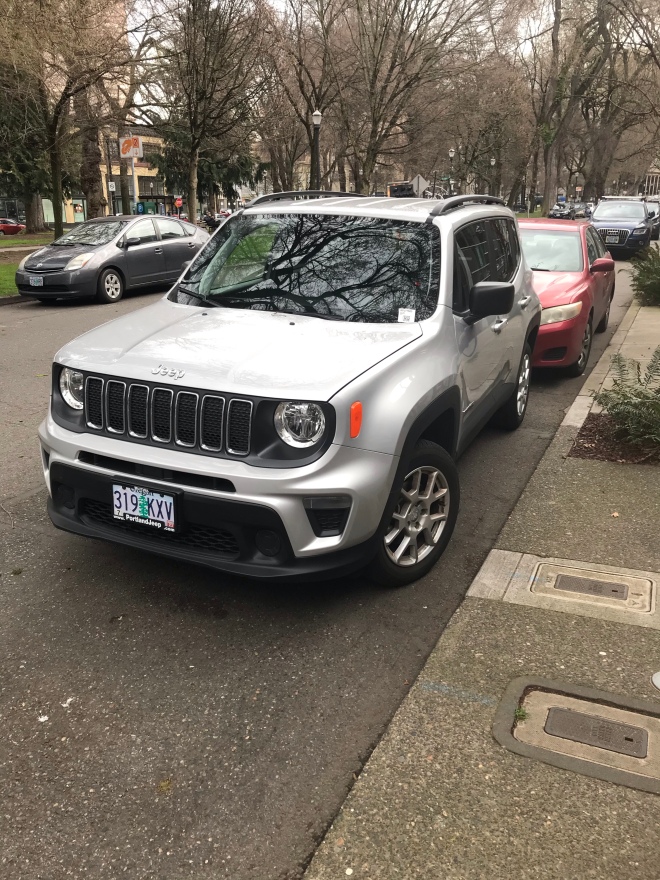 Let’s see…where did I leave off last on my misadventures in being a lemon rancher?

I think my last post was when Pat was in the shop awaiting the arrival of a replacement door seal that had been mis-shipped ground versus 2-day air. That ended up taking 11 days instead of the expected two.

The important thing is that I got Pat back, right? After both passenger side door seals had been replaced, surely that would be that.

Oh, what a fool I must be to believe that.

It was raining as I was leaving the dealer with my second new door seal in place, I reached back just to feel the satisfaction of a dry carpet in inclement weather.

Naturally, it was soaking wet.

What a craptastic situation.

I mean, if the carpet is wet, it either means they are so incompetent that the seal they replaced was done incorrectly and was immediately leaking or they had never dried out the water damage when they did the repair. That’s the two options I can come up with, and I’m not one to just assume people are incompetent – despite best evidence to the contrary.

In this case, I believed I had two brand new and properly installed door seals. But I was beginning to really have trouble deciding which was worse: if someone simply forgot to dry out the carpet or if the leak was simply just mis-identified and was yet to be discovered and repaired.

One scenario was definitely more problematic than the other. If someone had deliberately returned my car to me without repairing the actual water damage…how friggin’ petty, right? I mean, assuming the seals were both installed correctly, it was either intentionally petty or half-assed work – after all, how can you know the leak is repaired if you can’t see whether or not new damage is occurring?

The next day at work, I made use of my breaks and downtime by doing a little research into next steps. It was looking like suing the dealer was going to be my last recourse.

I had to think about what I wanted. At this point, a functional vehicle was looking like too big an ask. So if I couldn’t have that, what would make me “whole” in this transaction?

I knew I wanted my $200 that I paid for the first door seal returned.

After losing out on two weeks of driving income – you can’t drive for Lyft without vehicle insurance in your name, and you can’t cover a vehicle you don’t have a registration for – and in that two week timeframe I was down about 1/4 of my monthly budget. That made February tough, and March wasn’t looking to start off any better.

But what I really want is out of this car. It gives me dread to just consider dealing with a lemon for the foreseeable future. I was glad I had bought the extended warranty, but with only about 40% of the first three repairs falling under its protection, I was worried about the reality of owning Pat on day 366.

That made me wonder. Could I trade this off? Not just financially, either…ethically, could I dump Pat the Problem on someone else?

Hell, for that matter, could I even break even on a trade-in transaction? That took me to Kelley Blue Book to see. The value seemed to have held up over six months a lot better than Pat was. Which made me consider my purchase price. All things being equal, I knew from pre-purchase research that I had paid a fair price, but after the history of owning Pat, I was thinking that all things weren’t actually equal.

The price I had paid was middle of the road for a car in good to excellent condition.

That did not describe Pat.

So I looked at the price for a car in fair condition – the lowest quotable condition on KBB. My purchase price was at the top of the scale.

I’m thinking that maybe I should have paid more toward the lower end of that price range…which is where I felt I had a legitimate claim.

But still a claim that fell below the threshold for suing in court, which is over $10,000, essentially funneling me back toward Small Claims.

What I learned in looking into Small Claims was that before the court would consider an action valid, I had to notify the other party of my intent and let them have an opportunity to make good.

Which I respected – even though one more chance makes the other three opportunities the dealer had to “make good” look like making good was maybe optional.

At least until you email the GM and include the word lawsuit in your message.

And that’s how I ended up sitting with the GM and Service Manager for an hour and a half today.

Mind you, most of that was spent with me listening to him talk about his 25 years in the business and the math of selling cars. Occasionally, the Service Manager would interrupt with something equally unimportant to me – like the tight control on replacement parts. It seems if you order a duplicate part, you have to attach it to a vehicle. That was by way of explaining why they couldn’t simply order a duplicate seal once they learned the original seal had been mis-shipped the last time around.

But I still didn’t care – but only because the car hadn’t been returned to me completely repaired. Had that happened, all would be just fine and dandy.

Yet, here these two were, sitting across the table from me trying to convince me that they didn’t mean to screw me in this deal.

And after talking to them, I don’t believe they tried to screw me. I never did. But if the reality is that I feel screwed after my car being in the shop three times in six months – literally sitting in their shop/yard for a full month – that the car I own is not the car they thought they were selling.

So, there I am – feeling inadvertently screwed.

It feels strangely similar to being intentionally screwed.

In the wake of Harvey Weinstein’s #MeToo convictions, this was an ok reminder. With harassment – yes, rape is different than harassment, but both fell under the #MeToo umbrella – we are coached that intent isn’t the issue. Someone can harass you without actually intending their actions to be harassing.

Y’know, like sometimes people are just genuinely dicks and until someone says, “That’s harassment”, the results of their actions are never their concern. That’s so America, too. I’ve been told over the course of my life to get along with bullies – both personally and professionally – because it’s easier to tell someone to buck up than to effectively change or stop someone else’s behavior.

There I am, feeling torn about whether these guys need another chance or if I should reasonably feel like the only thing that is reasonable is a value correction on my purchase + lost driving income + refunds on my repair and extended warranty purchases.

And if I throw a fit and demand that my way is the only way, then I’m the bully, right?

Which is how I ended up in Renee the Renegade. I’m actually trying to remember in v1 of my loaner Renegades was silver or white. I remember white, but can’t be sure…but what a trip if I ended up in the same loaner twice in about 3 months.

Of course, the price for me being reasonable and giving them a fourth chance was to subject them to a little Xtopher Life and Management Lesson.

Namely, the GM’s big argument in support of the vehicle’s quality when he sold it was to wave a stack of papers at the DoJ complaint I filed.

I told him that checklists are great…as long as someone is inspecting the checklist checkers. At the very least, that was obviously not happening here. If it was, then my car being returned after its third visit to the shop with soaking wet carpets was more of a conspiracy than it was incompetence.

There’s a thought that’ll bounce around my head for a few forevers.

But he acknowledged that it was true, and that he couldn’t explain how that would have happened – only that it shouldn’t have. A statement that’s smack dab in the middle of denial and accountability.

In the meantime, I’m not sure what will happen with Pat. The GM offered to shop another deal around for me – and I don’t know if doing so wouldn’t have been the smarter move. I don’t feel ready to make a trade yet. I think I’ve talked before about how if I’d known I was going to love driving with Lyft so much, I’d have gotten a more bells-y and whistle-y vehicle. From that standpoint, getting something with leather seats and a heated steering wheel seems like an obvious yes. But the end result of this nightmare being these guys selling another car…that doesn’t seem exactly right to me.

So, I’m in a holding pattern for a couple of days. But they promised me I’d be back in the drivers seat by Friday so I can hopefully get March started off not too far behind the 8-ball…we’ll see.