I was having socially distant beers with Filipina Fox recently – we were drinking in the park, surrounded camouflaged by homeless people milling about. She took the opportunity to ask my opinion on something that had been bugging her lately.

But, she explained her conflict – she is a more than competent cook, by the way – of wanting to support local business and be lazy convenience. But when she orders delivery, she gets mad that the restaurant has to pay a commission to the app, effectively removing the support she wants to provide. Plus, delivery drivers need the income, too.

I totally get that. All that.

However, working in banking as she does, specifically in a capacity where local, small businesses are her clients, she has seen the documentation of sales and expense restaurants incur as part of app based delivery services. The examples I’ve seen point toward that app portion of the fees being about 35% of the order value…and in food, that’s pretty much more than a restaurant’s profit margin. She wanted my opinion since when my Lyft Life gets a little too people–y or if there’s just no ride demand, she knows that I’ll flip on Postmates as an alternative.

Frankly, I really enjoy my untethered, non-professional gig jobs. The flexibility to work when I want, do what I want, yada-yada-yada…with no boss or corporate overlord to worry about. As an added bonus, both options allow me to flex a muscle I took for granted when I walked away from my retail career in disgust – namely: being in service to people.

Still, that a friend was demonstrating this level of hand-wringing worrying about how her actions impacted others made my little gig worker self feel appreciated in a way that most of my actual past bosses failed at.

Yet there I was, telling her to fuck worrying about me and my gig working ilk.

I was mad at Postmates, obviously.

Well, mad might be overselling it. But Postmates, I have observed in my last few attempts to customer them, has either been doing some shady shit or at least allowing it to happen. Since the reason for my disgust with retail was precisely that shady type of shit being allowed to fester versus holding people accountable to ethical standards…well, this observation bothered me.

So, I told the Filipina Fox my story.

The last few times I’ve ordered Postmates for my self, I’ve abandoned my order and found alternative forms of sustenance because I saw that Postmates wasn’t just making money on both ends, like apps do. They seemed to be actively price gouging.

I went to order from a local Chinese restaurant and found my favorite comfort food – Chef’s Special Fried Rice, which has shrimp, beef and chicken in it! – and added it to my order for $13.95.

I thought that seemed kind of high, recalling that it was under $10 when I stumbled in there back in the good, old pre-COVID days and ordered at the bar, had a Heineken while I waited and left for under $20 with tip.

Then again, maybe I misremembered that since I’d had a few beers prior to walking in.

But then-then again, it is super yummy, so even at $13.95…worth it. So, I ordered it anyway. But just to make myself miserable, I googled Republic Cafe’s menu and, well…screw you, Uncle Bob. 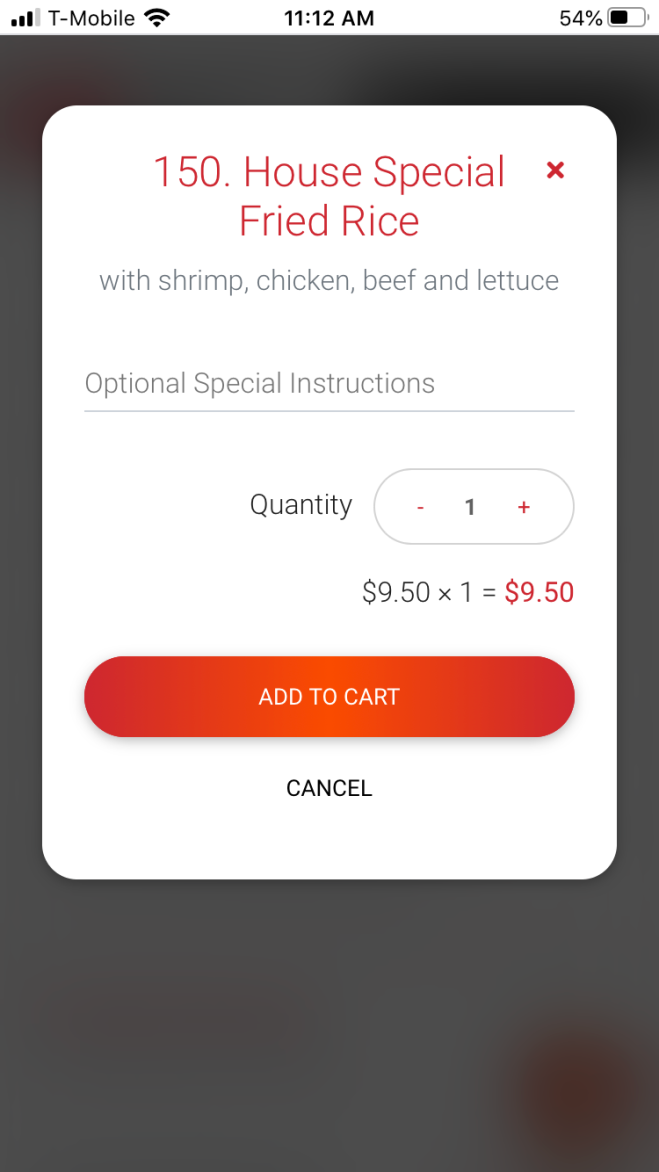 Here’s why all that bothers me:

First, it seems to only happen with independent restaurants. When I’ve needed a Chipotle fix, those prices seem consistent with my prior in-restaurant orders. So, again, this is impacting small, local businesses.

Sidebar: I have noticed while driving, when I have to order and pay for something for a customer with my pre-paid Postmates card, that there are variations between what the app tells me the total should be and reality at national restaurants, but I don’t know what the customer is actually charged, so can’t definitively say that this doesn’t also happen with chain restaurants, too. But this sets up point number two pretty nicely.

Second, who knows whether this is a self-defense decision by the restaurant or something Postmates mandates. Regardless, even in the best case, the commission they are getting is off a higher priced menu, so they’re at least getting more for their 35% cut. If the best case here is that the restaurant is jacking their prices up 30% plus in order to offset the cost of selling through apps, well…that mitigates my friend’s concern, right?

Apps are still charging crazy delivery fees to the customer. Their other customer. Usually somewhere in the $3-5 range. So, on top of the $4-5 they would make on my $13.95 order from the restaurant, they add another $4-5 from the customer.

And I know, they promote restaurants with free or reduced delivery, too. I have no idea how that works out for the restaurants versus the apps. But on the flip side of that, for every order under $15, Postmates racks on a “small cart fee” of $2 to the customer, so…they’re making money somewhere or wheres – I don’t feel bad for them.

Like Filipina Fox, I feel a little bad for some of the businesses. But mostly, I feel mad that the customer is getting abused the way they are. The end result being that I will make decisions kind of like what she has been opting to do, which is just put on my big boy pants and walk down to the restaurant and pick up my own damn food.

No, really…I have to put on pants. Quarantine dress code and all means I’m probably sitting around in sweats versus dressed to go out. And sweats are not ok for going to pick up to-go food…it’s not like I’m getting on a plane, for Pete’s sake.

But, that’s a whole other rant.