If I can paraphrase the prophet, Morris Day… 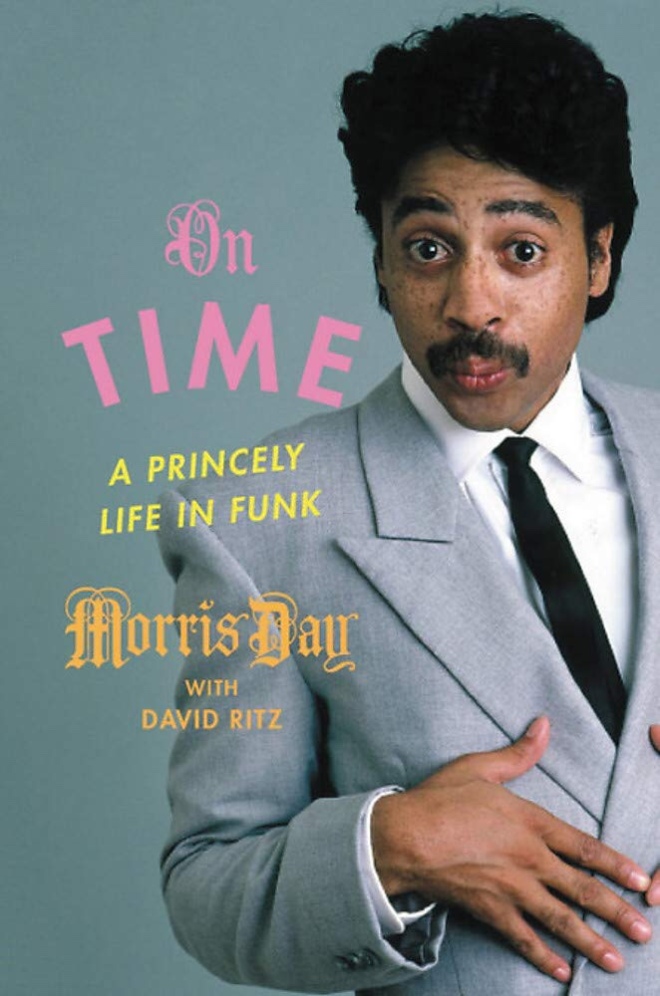 Who, by the way, played a house party gig at the frat that tried to recruit me into their coven house in college.

I believe it’s day 11 of smokepocalypse (credit to The Kids for bringing that moniker to life) and to be honest, the last 11 days feels longer than the last 6 months.

I can’t see the sun.

One day, things look like they are improving to merely unhealthy air quality, the next we’re bitch slapped back into hazardous air quality by a Mother Nature who seems quite clearly to have had enough of our shenanigans. On the third day of smokepocalypse, the day the high east winds stopped, there was blue sky over Portland. For whatever reason, the smoke bank was cleaved in two and sat over Salem and Vantucky. It was like that for two days, both ended with the smoke rolling back in as dusk fell.

On the third day – day 5 of smokepocalypse – the smoke bank stayed and hadn’t left since.

During the pandemic lockdown, I was able to escape my daily detente with Myrtle by hitting the road for 10 rides and a few hours. As lockdown wore on, those 10 would become 15 and then 20 and once even 30 as people ventured out on missions of essential work or restocking.

Sidebar: I’m finally down to my last roll of crapping paper – having split a Costco pack with the Silver Fox back around December ’19…if you ever wonder why I seem full of crap, apparently it’s because I pace myself?

Anyway, I’ve discovered something that will finally get people to obey Stay Home orders – and even mask directives, for the most part – over the last 11 days: living in the city with the worst air quality on the planet. Seriously, I celebrated having an AQI under 300 yesterday – normal is <50 – only to have it rocket back up to the high 300s after dark.

It’s too bad, though, this sudden willingness of people to stay home. Not only has my escape from solitude disappeared. No longer can I escape to my strictly social, non-alcoholic happy hour in my car. These days, going out means as long as 20 minutes between rides…and I’m lucky to get 5 before my eyes burn from the smoke entering the car as people get in and out.

On top of that, the trips are short! Like, “I’m so glad you’re driving so I didn’t have to walk (3 blocks) in this” short. While I’m glad they don’t have to walk in this either, those bitches and bastards and whatever similar label is appropriate for non-binary folx that resent heteronormative labels could bother to tip.

I mean, if they really did appreciate my effort. I’m not filling the tank with a half dozen minimum fare rides. I didn’t expect tips when I started driving, but now they motivate me by representing a real-time report card on my efforts. There’s a star rating – that I’ve managed to maintain at a 5-star level over my ~2300 rides. 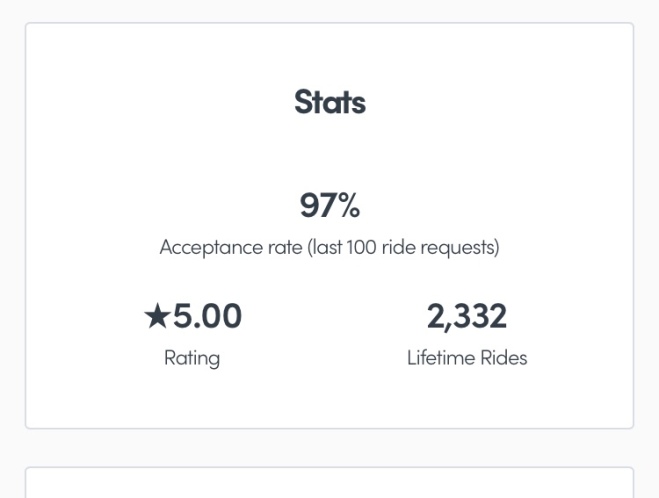 However, since it defaults to 5-star if the rider doesn’t specifically override it, I don’t consider this much of a barometer. So I gauge my performance off of the percentage of riders who tip. 50% is what I call “needs improvement” and normal for me is around 65%.

Sadly, there have been too many days like this 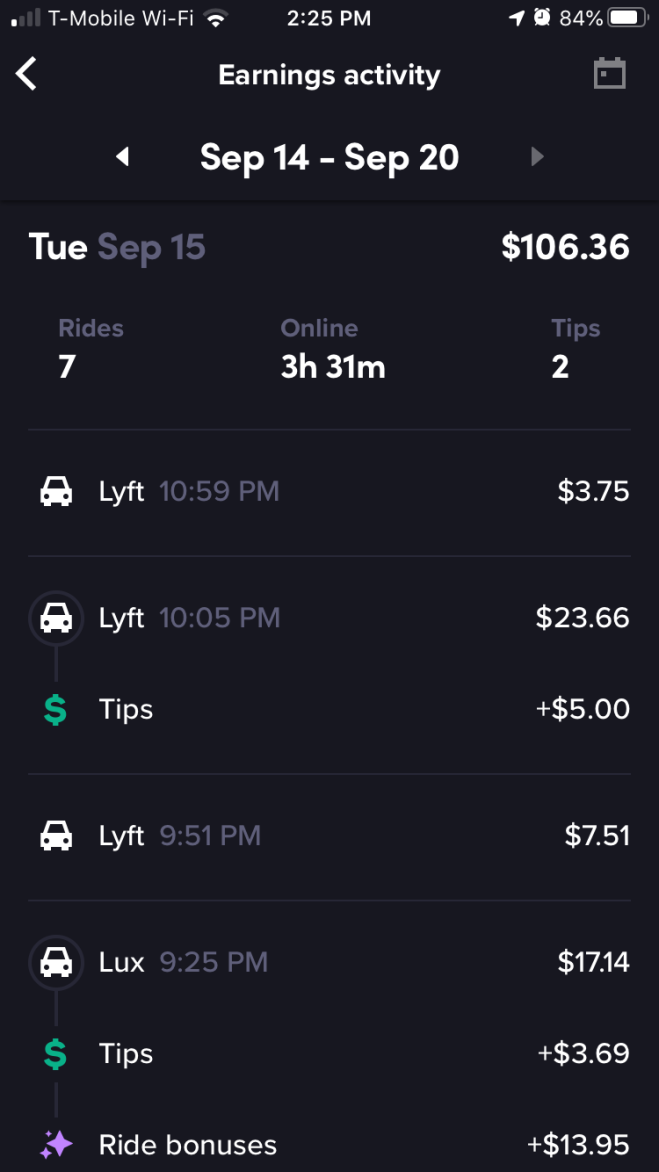 Thank the Lyft Lords for that Lux ride, but do much for that 10:05 ride. I never mind picking up peeps at strip clubs – although, I find the performers to be far better company than the clientele – except when it’s a 35 minute closing-time ride with a woman hating Eastern European woman hating man. That $5 tip was not enough to unhear the crap he spewed.

But, in his defense, he was one of two tippers that night. Overall for the day, less than one-third…if I bend over backward far enough, I can convince myself that tip levels like that are a micro-factor of the overall economy.

It’s easy enough to believe. Shit is pretty bad in a service industry town like Portland these days.

Which could also be a factor in why people are staying home – smoke or no.

Fortunately for the sake of my (in)sanity, I’ve mentally edited a couple of writing projects I’ve been working on. Meaning, I haven’t actually done anything.

But I’ve also indulged in some creative problem solving. Here’s my prevailing theoretical solution for Portland’s smoke problem – since the weather people can’t seem to conjure any rain:

The 2020 Proud Boy of the Year Awards

Think of it, this faux ceremony could draw even the Grand Dragon in Chief himself! Something like this is about the only way to lure Trunt to liberal Portland.

Because of the numbers I expect, we would need to hold this outside, even though that skirts dangerously close to following guidelines for larger gatherings. Maybe the event could take place at Waterfront Park. I know the Proud Boys like to hang out there…at least when liberal groups announce they are holding a rally there.

Note to self: get BLM supporters to volunteer as ushers.

Of course, no masks would be expected. Not wearing them would be encouraged.

And that’s the brilliant part! These stupid mouth breathing lame-o-sapiens Americanus would filter the smoke out of the air while hate screaming their assundry – is that not a word? – and mind boggling mantras.

Then they would all go home and die of emphysema or asthma or whatever lung related terminal malady you prefer. Rasping with their last death rattled breath,

See? I told you COVID was a hoax!

Clean air in Portland once again and fewer harmful minds reproducing and replicating their ignorance just because unrestricted coitus is their right.