You know me…every day is just another opportunity for me to put my affairs – not that kind, Diezel – in order before I die alone.

Today was no exception.

It was a day that started out strangely well, considering a night of whack sleep. I’d fallen asleep for <30 minutes last night on the couch around 8, but was then completely wide awake. I didn’t take my new favorite weed syrup sleep aid before bed because I was meeting my parents at 10 this morning to go look at bathroom fixtures and entry lights for a few projects they have going on at Galby Acres and I didn’t want to oversleep.

No matter, I had errands that I could run before meeting up with M&D at 10 and actually managed to overcome my usual morning torpor and get to it. Of course, my parents surprised me with an en auto breakfast – restaurants are closed to dine in customers here in Portland, so we got take out and ate in the car like hippies – and after we hit the kitchen/bath/lighting shop, they re-surprised me by letting me tag along to watch them car shop.

It was a good morning.

When they dropped me back home, mom admonished me to take the rest of the day off, like spending my morning with them had been some sort of chore. I fully intended to comply, but then decided to just pop out for a couple hours.

I was out for just under three hours and only had six rides. Most of my time was spent sitting on the 5 northbound since it was after 230, and even in a pandemic under lockdown orders, the idiots that live across the river in Washington – with its lower property taxes and no income tax – but come to town for our higher paying jobs and sales tax free shopping have found a way to make a three mile drive take 15+ minutes. I had one ride that took me to the second to last freeway exit before the state line and the next two hours were spent with me getting almost back to the city core before being called back to one of the last two exits before entering Vantucky.

Actually, my third ride was to pick up my second passenger, because he got nauseous being that close to Washington completed his errand quickly and I was still the closest driver. That was a first: a back to back repeat rider.

After yo-yoing between almost downtown and the state line for the next two rides, I decided to put my app on Home Mode and call it quits. Earnings were crap, since I’d spent most of my time sitting in traffic…and none of those apparently entitled bastards understood how gratuities work. Or their sense of entitlement made me driving 15-20 minutes to fetch them for a 6 minute ride seem equitable.

I’d roll my eyes, but they are still sprained from the last epic eyeroll…

I got one ride on the way home.

In true Portland style, this is my passenger’s avatar. 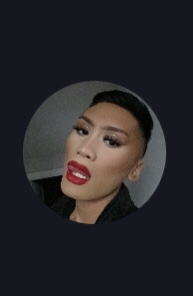 Well, that looks like it is gonna be an entertaining ride. If it was a cis-woman, I was prepared to be hyper aware of how easily she could snap me in half. But I suspected it was merely another queer youth expressing his gender-fluidity.

Still, we had a nice and amiable chat during our 8 minutes together. I learned he was going to his boyfriend’s for an at home date night, which sounded super sweet. They started dating just after lockdown 1.0 and have been together a little over six months.

Imagine my surprise when my passenger replied.

I vamped and said that I thought I’d given his BF a ride before. I immediately called up a mental picture of the guy – like a stoned out, slightly-too-old-for-it skater boy who was newly missing a front tooth when I picked him up. He awkwardly came out to me during our ride after bitching about how picking up an extra shift at work was better than hanging out at home with his bitch ex-wife, who he also worked with so it was not easy to manage time apart.

He talked a little about the guy he was seeing before I dropped him off at a dispensary a few blocks away. 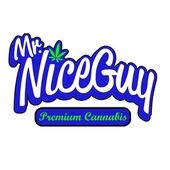 Imagine my surprise as I sat in the driveway trying to decide whether to head left or right and a call came in, taking me to the left. A right and a couple of miles had me pulling up to my next ride…at the sister store for Mr Nice Guy.

I think it’s because something weird like that would only happen to me, but it might also be because I’m one of the few who would notice that type of coincidence.

Still, if I dropped the woman I picked up at the second shop at the house where I’d just picked up my previous ride, I was fully prepared to laugh all the way home. Luckily, that did not happen.

Back to tonight, though, I tell the guy that I think I’d given his boyfriend a ride before and asked if he worked at a weed shop.

Clarifying I had meant his BF, while thinking that even with his tendency to capture makeover moments on film – he was not wearing any overt makeup tonight – that he should be able to do better than the guy inside that house, my young, gender-fluid passenger laughs awkwardly and gets out of the car.

Affording me the opportunity to see the Mr Nice Guy logo on the hoodie he was wearing.

Luckily, I’d ordered a beer delivery from Big Legrowlski whilst sitting in traffic on the 5 and it was presently waiting for me at home. A Pallet Jack or two oughta set me just right, allowing me to forget that a burnout type guy missing a front tooth can get a boyfriend and I’m sitting at home drinking alone with the ever disdainful Mistress Myrtle.

Because, with Myrtle around, you’re always alone. I hope she ends this game of cat and Xtopher she’s playing soon and puts me out of my misanthropy…

2 thoughts on “Yeah, This Tracks…”