Ok, A) whenever I fat finger “loop” as “llop”, my damn phone tries to autocorrect it to “LLAP”. For any of you non-Star Trek fans, that’s the shorthand for Spock’s famous farewell, “Live long and prosper”.

I guess I type that a lot?

Anyway. Some interesting developments in the Green Loop relative to my recent post on the subject.

2) You can imagine how much I enjoy being right. It feels good! Not that any Trump supporters who read this would understand that feeling.

Heck, even being mostly right or close enough feels good. And again, those Trumpsters would be left out in the cold on this one, too – blowing a 50/50 shot at being right is nothing to brag about.

Me, on the other hand: I speculated that the city should consider closing off my side street, Flanders, between 8th and Broadway versus putting in a stop light. This morning I saw this: 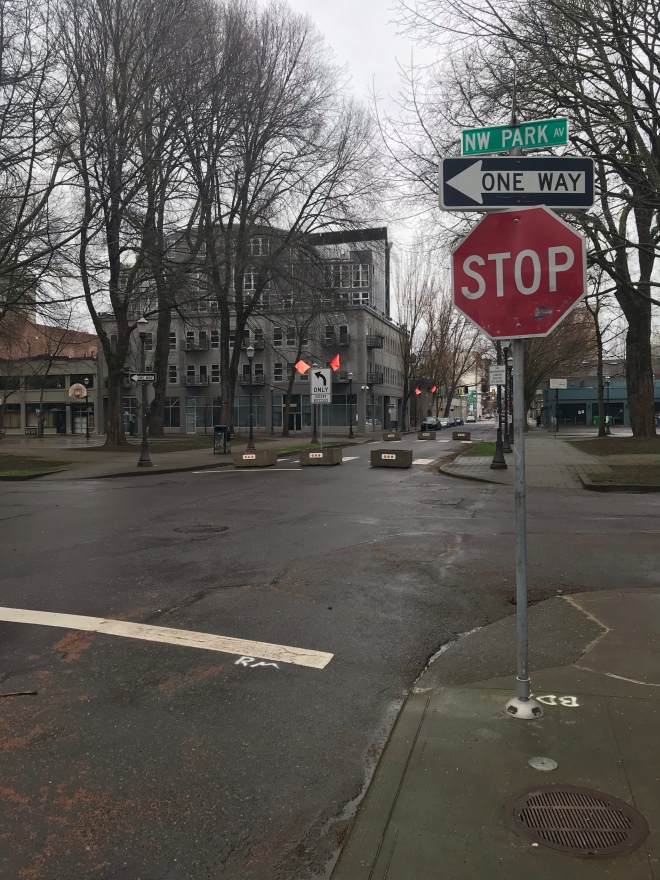 Instead of closing Flanders off between 8th and Broadway, they closed it off between Park and 8th. It does make sense, being those two streets frame the North Park Blocks, also giving my street its name.

I’m just saying, my way saved the city having to buy and install a new set of stoplights. I guess they were already on order or something.

But, I was close!

Lastly, C) looks like this is bound to remain a three out of four-way stop for a bit: 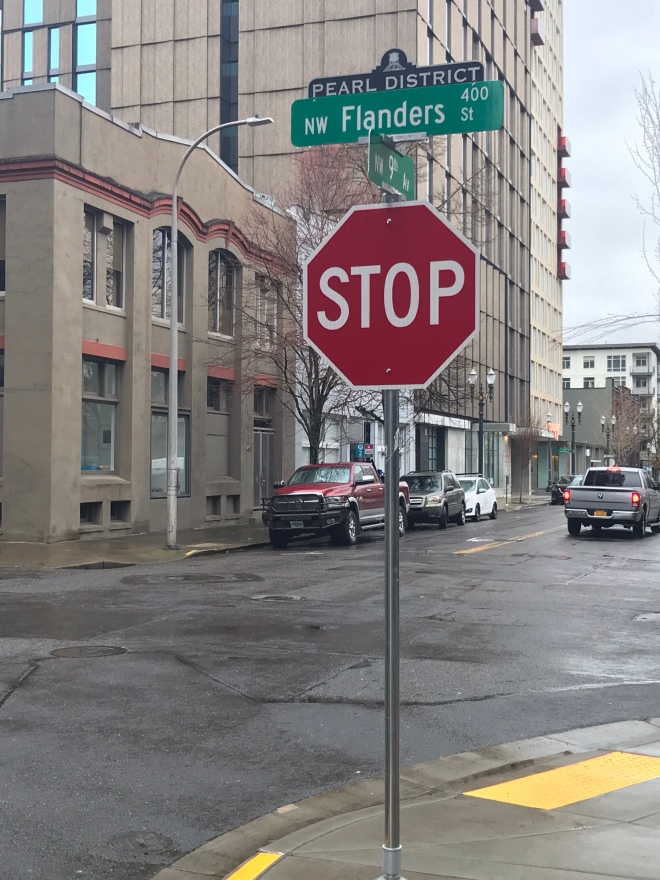 I love how the city can install planters on a Saturday, but not stop signs.

I know you were dying for an update. There’s the latest.

9 thoughts on “Update: The Green Loop”