It’s something I think a lot of people talk about doing and don’t do enough.

Then there’s the lucky minority that have not only the will, but the option. 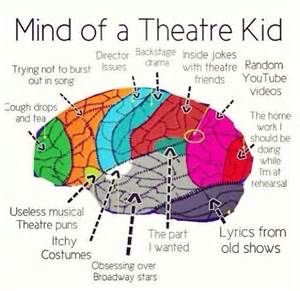 I’m squarely in the first category.

One of my earliest social outings with my parents was when they took me to see a play, just the three of us. I was so young. Seriously, like a 30 year old trapped in an eight year old’s body.

It was The Music Man.

Because parents always know…y’know what I mean?

Anyhoo…I was in plays and took Drama classes – I know…I’m not even that dramatic! – in Junior High and High School, but I didn’t live and breathe it like a true theater geek.

Nowadays, I try to enjoy it when I can and am lucky to have friends that appreciate and even enjoy the experience in my immediate life. Still, living about four blocks from Portland Center Stage, I feel a little guilty every year when I don’t buy a season ticket.

What can I say?

Thus, even though I don’t buy a season ticket, I still get the opportunity to enjoy the experience a few times each year.

Given that filter, last week was a real windfall…I went twice.

Well, conditionally, since one of the two events was technically the viewing of a film…

On Sunday, I went with some of the gang to see George Bernard Shaw’s Major Barbara. 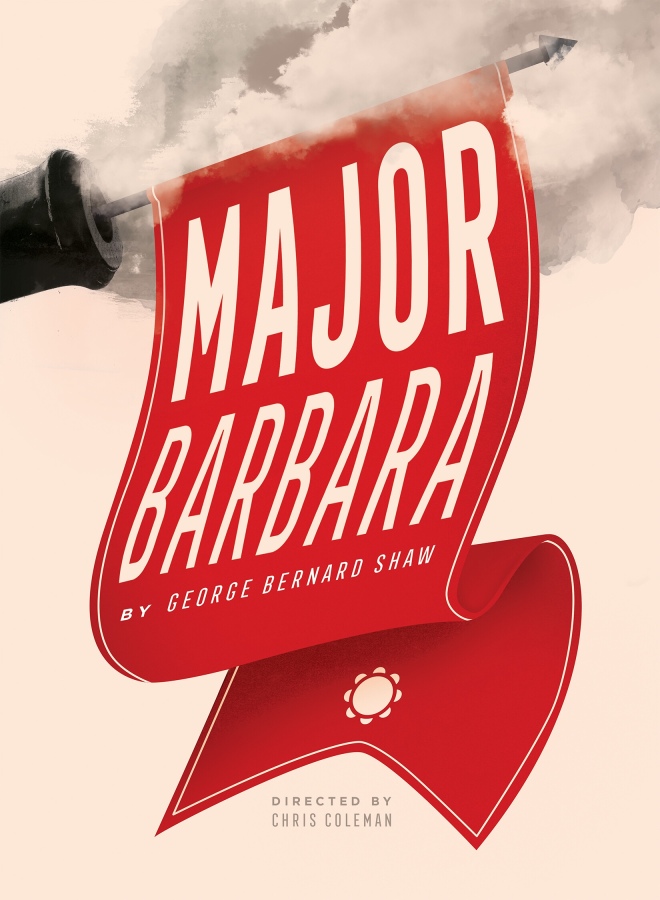 I think it started – and I could be way wrong here – between the Facebook and BreitBarb because, gee…guess what her real life first name is? So it’s funny. Jortis – I can’t believe I’m just now making a blog name for him! – is our ticket hookup because he’s allegedly under 35 and can get endless PCS tickets for $20 a show and before you know it, Little Buddy was signed on and I’m being wrangled as a fourth.

Fact: I’ve seen a lot of fucking plays in my life.

Also, factual is the statement that my memory is Swiss Cheese and I don’t recall every show I’ve seen any more than I recall every day that I’ve lived.

That said, I arrived at the show anticipating an “Oh, yeah…” experience when things took off down a familiar path. Still, every theater mounts a different experience.

It’s part of the joy of theater. Everything old can be new again.

I was surprised to find that I had not actually seen this show, like…ever. That’s an exciting new twist on how my known poor memory approaches seeing a play. It’s exciting!

Well, for me, anyway.

I won’t bore you with a breakdown of the plot. See it for yourselves! But, that doesn’t mean there aren’t stories about the evening to be told!

Little Buddy and I managed to only silently lose our shit when we realized the youngest of us had dozed off in the middle of Act II. Jortis was seated to my right and I looked over – guilty because I’m always fidgety in the theater and being raised Catholic generally feel guilty – only to discover that he was snoozing. Being the exceedingly mature influence that I am, I elbowed Little Buddy on my left and then dramatically leaned back so that she could bear witness to what was making me chuckle.

Then she started laughing, which made me laugh harder and it was off to the races from there.

I doubt either of us has had a better core workout than that in recent weeks.

I give us credit for keeping our laughing under control in the theater, but the fact of the matter is that I know we woke Jortis up and the married guy and his girlfriend sitting in front of us didn’t come back after intermission, so who knows how effective we really were in our efforts. Plus, Jortis treated me to my ticket for my birthday present, so I can’t really tease him.

The next day, for whatever reason, PCS was hosting a free My Fair Lady sing-a-long and Little Buddy has snagged a bunch of tickets. 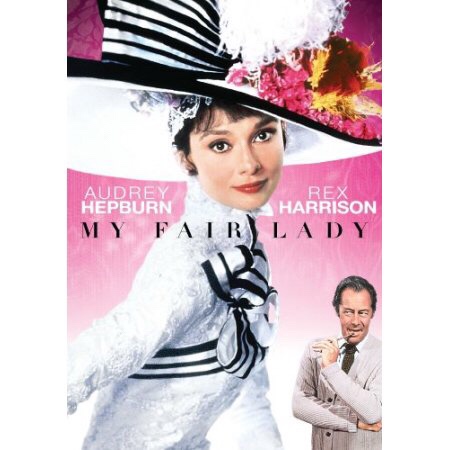 Now, I’m not a huge singer since puberty and reality conspired to steal my ability to carry a tune, but I’m a fan of at least being present to witness a good time being had…so I was in.

Ironically, the official invite came in the form of a phone call during a bike ride. When known contacts call and I’m aware of my phone, I answer. Knowing me, when I answered Little Buddy pre-emptied my low grade dark panic with her greeting, “Nobody’s dead!” before going into the invite.

It’s ironic, because I had found myself alone for extended periods on the Springwater and had been indulging my endorphin rush by singing along with my music during those isolated moments.

But shit where hitting a note didn’t matter, like grunge music and mopey songs.

I promised to go and she shared that 2.0 – her hubby – might even go, acknowledging that theater wasn’t usually his thing but singing off key really is.

The Silver Fox and BreitBarb rounded out our group.

I distinctly remembered not having seen this movie for over 30 years.

Side note: the word “fucking” as an adjective was heavily implied in that sentence.

The show drew a respectably period dressed crowd. Those that didn’t dress up had the foresight to have not yet stowed their Derby Hats the day before. Or PCS had the even better foresight to schedule the sing-a-long at a time that appropriate prop attire would be handy.

Only time will really ever know. Although, MFL also being a George Bernard Shaw – someone having dropped George from his name in the credits – show, it was probably fairly intentional timing on PCS’ part.

The show started with an introduction from a host who – turns out – performed the role of Eliza for PCS a handful of years ago.

She talked us through her vision of basically Rocky Horror-ing it up. When to use the props in the lil popcorn bag we were given at the door, a few of the more popular song lines, a reminder that not all of the characters were sympathetic and encouraging us to feel free to engage with the show by heckling these characters.

Turns out, the largely female crowd – dressed in fancy hats and crinolines as they were – didn’t need encouraging. Also, most of the male characters in this show really did not age well. Not in the superficial sense, since most of the male leads looked to be in their young hundreds in the first place. No…”they didn’t age well” means, rather, that…holy shit, they were male chauvinist pigs as judged by the jury of time.

Our host instructed us to yell at Professor Higgins at a few specific points in the show. The crowd decided not to wait, pretty much starting in with his first lines.

I felt guilty on behalf of my gender.

Fortunately, the disdain and ire was aimed strictly at the 1960s screen production and the few males in the crowd were spared.

Soon, though, the attention was drawn to the dubbing of poor Ms Hepburn and whether we were about to hear Julie Andrews or Marni Nixon and when either of them actually took over the pipes. The Fox assured us in his Fox Wisdom that it was Marni Nixon. I’d only ever heard of her and didn’t know from whence, so I stuck with my incorrect assertion that it was Julie Andrews.

I’m used to being wrong where Fox Wisdom is involved. Still, at least I wasn’t totally up in the night since Ms Andrews had famously played the role on Broadway.

Yeah, that’s why I was…confused.

Even though I’m not much of a public singer, I did catch myself being overcome with the urge to bust out a lyric or two a couple of times. I’d like to apologize to everyone on the block for that.

Other times, I was able to stave off the urge by humming into the mini kazoo from my treat bag.

It’s fun to realize that even with a character like ‘Enry ‘Iggins, who is so vile by modern day behavioral standards, we can all still revel in the transformation of a young woman from gutter snipe to lady and get caught up in the happenings all. these. years. later.

So, there you have it…I got my theater fix in! Whether the next show is next week or next year…who knows? My theater going is spontaneous, but with the best of intentions. Still, if you hear about me seeing the new Mary Poppins before my next play, just chalk it up to my persnickety tastes in theaters.