I know this will shock you, but someone out morosed me yesterday.

Even worse, it was a healthcare professional that I was giving a Lyft to work.

Between the story I’m gonna tell you and another story about a nurse I took to work last week – and I swear I wrote about it, but heck if I can find it now. Anyway, that nurse was telling me that her local bar – one I’m familiar with – was planning to stay open for regulars during the forced shut down.

And she wasn’t just ok with that irresponsible decision, she was excited about it.

So, yeah…between that bad decision maker and the nihilist I’m gonna tell you about – well, I needed a day off. Just a lil time to restore my faith in the medical professionals I’m encountering.

For the first time in what seems like months, I got a ride call to a hotel. I’m sure it’s just been weeks – two to be exact – but that’s still a long time in Lyft Land. Sure enough, I pull up and there’s a guy standing outside with luggage. 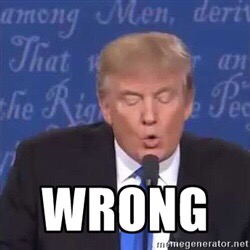 I’ve been wrong a lot lately.

No, this healthcare professional was going out to Hillsboro to do some training. Ok, that’s still a long ass ride, which takes some of the sting out of being wrong. But given ride traffic being down so much, I wasn’t as optimistic about my prospects for a return ride as I’d have been with an airport run.

Regardless, none of that’s the point. Geez…I’m really having a tough time starting this story.

Ok, so he brought this up.

I merely told him that I was glad to be able to help folks in the healthcare field get to and sometimes from work in the current environment. Maybe I followed that up with a probe about what he does, and then he was off and running.

Turns out, he’d just hired 40 nurses for his company.

I asked if they were going to be working three 12s, which seems pretty standard for the nurses in Oregon. Just conversational, low impact chit-chat.

He confirmed that, but also said that they’d probably be working six day weeks instead of three simply due to the current situation.

Made sense to me.

My mind wandered to the last time I talked work weeks with a nurse and how he was working six 12s…pre-COVID-19. I tune back in and this guy is talking about how these 40 nurses will make more in the next eight to 12 weeks than they did last year.

He was talking in the neighborhood of $5000 a week. Somehow, while that was spinning bitterly through my mind, he moved on.

I tune in around the time he’s talking about how at some point, we’re going to have to start changing our mindset about old people.

Oh, it’s just that between not having enough respirators to treat all of the COVID patients that we will end up having and the length of time we will have to actually isolate in order to let the virus die out organically…old people are going to be impossible to protect.

Usually, I keep both hands on the wheel when I’m driving. Passengers actually comment on it, which makes me mad at other drivers. But I literally took one hand off the wheel and casually pinched myself on the leg.

Although, in the “believe it or not” category, I’d have surely chosen not awake.

I suggest that we can surely protect our Oldie Hawns with isolation for two or three weeks. He agrees, but then counters with, “But not four or six or twelve weeks, which is a more likely timeframe.”

On top of that bombshell, he points out that regardless of our commitment to protect them with private shopping hours or cloistering old folks homes or doing no-contact supply drops at their homes; younger people will not tolerate longer isolation.

They will break the rules. There’s going to be cheating. And they’ll look at it like speeding – considering it a victimless crime. But there will be victims: people 70 and above. Even people in their 60s if they aren’t themselves vigilant.

I was about to pull off the freeway. No joke, I saw floaters.

So, we’re basically going to start having to decide as a country between life and grandma.

I tried to change the subject.

“Well, shorter isolation would definitely be better for the bars and restaurants.”

But he stood his ground, taking my new topic and using it as a boomerang back to his expendable seniors.

Oh, yeah. Americans would never admit it, but they’d choose bars and restaurants over grandma every day.

Well, other Americans would never say it, I mentally corrected while wondering what this guy’s grandparents did to him.

Even if younger generations could muster the collective discipline to stay home longer, you know the GOP is gonna revisit the topic of killing off old people for the good of the country.

He had absolutely no problem sharing his Expendable Octogenarian Conspiracy Theory with me.

Sadly, it revolves around a completely believable assumption that the GOP would float a notion that – for the good of the country and economic recovery after COVID – seniors with the means should waive their Social Security benefit. Somehow that would morph out of healthcare de-prioritizing Oldielocks patients in exchange for treating younger COVID patients with a better chance of recovery.

First, to salvage future contributions to the country by younger generations, old people would forego – willingly or not – medical treatment. Then, they’d cede their monthly government stipend – if they were able. And let’s face it, the “able” would be the ones who remain since they could afford private care during the pandemic.

He made it sound patriotic.

It was dispassionate. And sickening to listen to.

I didn’t even have the strength to poke holes in the theory – like the fact that the mean age of the GOP politicians had to be within the age group he was writing off. He’d taken care of that…they were the wealthy ones.

I think what makes me most upset about this – and what subsequently made me want a day off driving and what made it hard to finally get around to starting this story – was that maybe I’m afraid he’s right.

I lived through one political class extinction level event. It’s not unreasonable after surviving that to expect to experience another. And the GOP’s base would allow it.

Don’t believe me? I’ll screen shot some of the BS my friends post on their Facebook pages that makes its way into my feed – and by “friends”, I mean people that need to be saved from their own lack of perspective. They’d volunteer for this plan my passenger laid out even if they fell within the affected group…the truly sad thing is that no one would know if they understood that they were volunteering or if they were just reflexively and ignorantly agreeing with the plan like any of the other self-serving things the GOP has done (to them and the rest of the country) over the last three decades.

Time for a beer…before I start weighing in on whether losing 40% of the Boomer generation would offset the GOP’s base in the 99% population self-selecting out of the…shituation. I mean, that…that would probably help move the country forward. But I’m not one to suggest stupid people don’t deserve to live. I’m sure one of them will ignorantly get around to pointing that out soon enough.